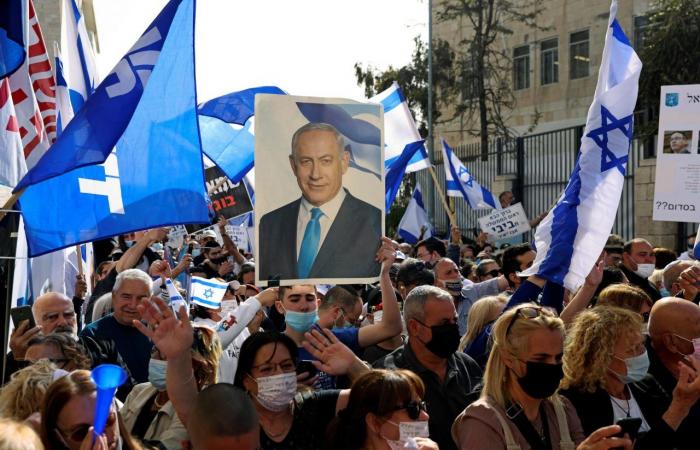 You are now following the details of the Netanyahu’s favors were ‘currency’, prosecutor says as corruption trial starts news and now we leave you with the details

Mohamed Nass - Cairo - JERUSALEM (Reuters) – Israeli prosecutors accused Prime Minister Benjamin Netanyahu of treating favours as “currency” on Monday at the opening of a corruption trial which, along with an inconclusive election, has clouded his prospects of remaining in office.

Netanyahu, who has pleaded not guilty to charges of bribery, breach of trust and fraud, came to Jerusalem District Court in a dark suit and black protective mask, conferring quietly with lawyers as his supporters and critics held raucous demonstrations outside.

“The relationship between Netanyahu and the defendants became currency, something that could be traded,” prosecutor Liat Ben-Ari said in presenting so-called Case 4000, concerning the premier’s alleged ties to the owners of an Israeli news-site.

“This currency could distort a public servant’s judgment.”

Netanyahu left before the first prosecution witness testified in the first such trial of a sitting Israeli prime minister. He has described himself as the victim of a politically motivated witch-hunt.

Meanwhile, Israeli President Reuven Rivlin began consulting with party heads on who might form the next coalition government – a toss-up after the March 23 election, the fourth in two years, gave neither Netanyahu nor his rivals a clear mandate.

“I do not see a way in which a government can be established,” Rivlin told representatives of centrist Yesh Atid, the largest opposition party, which hopes to unseat Netanyahu.

“The people of Israel should be very concerned that we may be dragged into a fifth election.”

At Jerusalem District Court, prosecuters sought to establish that Netanyahu granted regulatory favors to Israel’s leading telecommunications company, Bezeq Telecom Israel BEZQ.TA, in return for more positive coverage of him and his wife Sara on a company news website known as Walla.

Former Walla CEO Ilan Yeshua testified that he had been “barraged” by emailed and text message demands, from both the Walla owners and Netanyahu confidants, to improve reporting on the prime minister while playing down or attacking his political rivals.

“How much can you lie?” Iris Elovitch, wife of Walla’s owner at the time and a co-defendant in Case 4000, shouted at Yeshua.

(This story has been refiled with witness’ full name)

These were the details of the news Netanyahu’s favors were ‘currency’, prosecutor says as corruption trial starts for this day. We hope that we have succeeded by giving you the full details and information. To follow all our news, you can subscribe to the alerts system or to one of our different systems to provide you with all that is new.