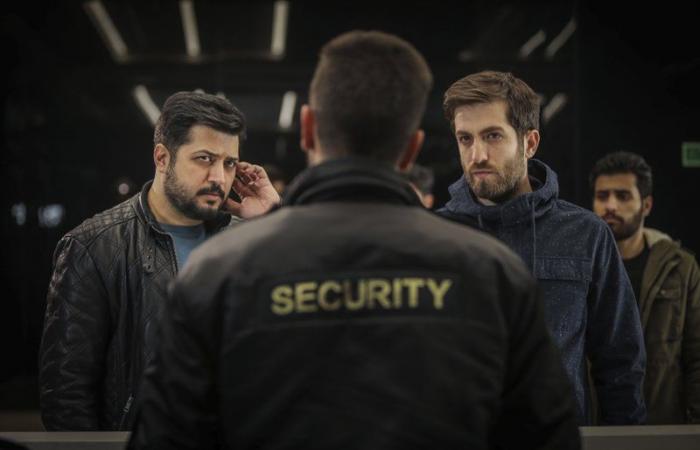 The fictional series, titled “Gando,” chronicles the exploits of Iran’s Revolutionary Guard agents — in the style of James Bond or Jason Bourne.

Hard-liners and other fans of the show are blaming the government for pulling the second season off the air prematurely, the semiofficial ISNA news agency reported. When uncut scenes surfaced Sunday on Aparat.com, an Iranian version of YouTube, speculation swirled on social media about possible government censorship. The clips showed that episodes aired last week had altered dialogue to replace mentions of “the president” with “an official.”

The first season grabbed headlines for depicting Iranian intelligence operatives combating an American super spy who bears a striking resemblance to Washington Post journalist Jason Rezaian. Before being freed in a prisoner swap in 2016, Rezaian spent 18 months in an Iranian prison on charges of espionage that he and American officials denied.

The show, which valorizes Iran’s hard-liners and portrays Iran’s Foreign Ministry as inept, long has caused consternation among relative moderates in the government. Foreign Minister Mohammad Javad Zarif railed against the second season on the the popular audio chat app Clubhouse last week, calling it a “lie from beginning to end.” When the first season aired in the summer of 2019, Zarif sent a formal letter of protest to the country’s Supreme Leader Ayatollah Ali Khamenei.

In keeping with the show’s spirit of heroic video game fantasy inspired by real events, a character resembling prominent exiled journalist Ruhollah Zam, who was abducted in Iraq and executed in Iran last December, makes a cameo in the second season. One of the treacherous diplomats in the show is thought to be modeled on two of Zarif’s deputies in talks with the U.S. over Iran’s nuclear program.

Over its two seasons, Gando “reversed realities … and exposed a rift in the establishment while adding differences in the ruling system,” said Tehran-based political analyst Majid Younesian.

Certain scenes in the last two episodes appeared to be crudely edited and the finale came to a strangely abrupt end, fueling criticism over possible government interference in the series.

An adviser to President Hassan Rouhani, Hesameddin Ashena, promised that the government had not disrupted the show or pressed for its cancellation.

The allegations came as Iran and US President Biden’s administration announced that the countries would start indirect negotiations this week in Vienna about how to restore Iran’s tattered 2015 nuclear program with world powers. Former President Donald Trump withdrew from the accord nearly three years ago and imposed unprecedented sanctions on Iran.

Iranian hard-line newspaper Vatan-e Emrooz ran a front-page story Sunday criticizing Iranian diplomats for agreeing to negotiate with the US over the country’s nuclear program.

Bannered in big, bold letters was the headline: “Will Gando Season 3 be in Vienna?”

These were the details of the news Iran spy TV show ignites controversy for 2nd season for this day. We hope that we have succeeded by giving you the full details and information. To follow all our news, you can subscribe to the alerts system or to one of our different systems to provide you with all that is new.