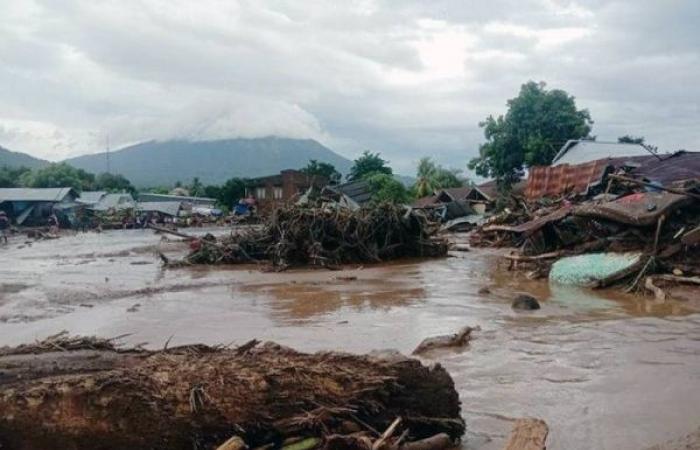 Hind Al Soulia - Riyadh - JAKARTA — Floods and landslides triggered by tropical cyclone Seroja in a cluster of islands in southeast Indonesia and East Timor have killed at least 76 people and displaced thousands, officials said on Monday.

There were 55 people dead and 40 missing in Indonesia's East Nusa Tenggara province, after the cyclone brought flash floods, landslides and strong winds amid heavy rain since the weekend, disaster agency BNPB said.

More than 400 people were evacuated and thousands more impacted, it said.

In East Timor, which shares the Timor island with Indonesia, 21 people were killed by landslides, flash floods and a falling tree, mostly in the capital Dili.

In Lembata, where at least 20 people died, authorities feared bodies had been washed away.

Several bridges collapsed, trees fell and blocked some roads in Indonesia and at least one ship sank in high waves triggered by the cyclone, complicating search and rescue operations, BNPB said.

President Joko Widodo offered his condolences and urged residents to follow the direction from field officers during extreme weather. “I have ordered for disaster relief efforts to be conducted quickly and well,” he said in remarks streamed online.

Within the next 24 hours, the cyclone's intensity could strengthen, bringing yet more rain, waves and winds, although it was moving away from Indonesia, the agency said.

These were the details of the news Tropical cyclone Seroja kills 76 in Indonesia for this day. We hope that we have succeeded by giving you the full details and information. To follow all our news, you can subscribe to the alerts system or to one of our different systems to provide you with all that is new.