Pope calls for vaccines to be shared with poorest nations 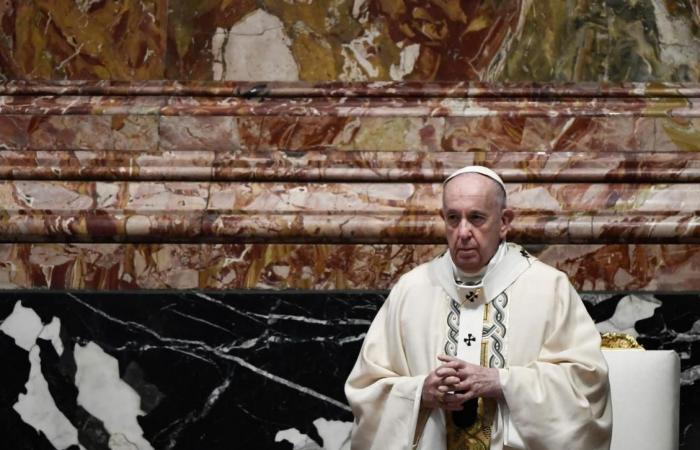 Jeddah - Yasmine El Tohamy - YANGON: Anti-coup demonstrators in Myanmar decorated boiled eggs on Easter Sunday in the latest protest as the military junta continues its brutal crackdown.
Myanmar has been gripped by severe turmoil since a February 1 coup ousted civilian leader Aung San Suu Kyi.
Security forces have sought to quell a mass uprising with lethal force, with the death toll reaching 557 as of Saturday, according to local monitoring group Assistance Association for Political Prisoners (AAPP).
To coincide with Easter Sunday, scores of Myanmar protesters decorated eggs with political messages and left them on neighbor’s doorsteps and hanging in bags on front gates.
Pictures posted on social media showed eggs adorned with Suu Kyi’s likeness and three-finger salutes – a symbol of the resistance – while others said “save our people” and “democracy.”
One Facebook group promoting the egg protest urged people to be respectful of Christian traditions on Easter Sunday.
Early bird protesters also hit the streets of Mandalay Sunday, some carrying flags and riding motorbikes.
Their demonstration comes even after four protesters were killed Saturday in the cities of Bago and Monywa.
While foreign companies have faced growing calls to sever ties with the junta, French energy giant Total announced Sunday it will not halt gas production in coup-hit Myanmar.
Chief executive Patrick Pouyanne said Total has a duty to stay the course.
“Can a company like Total decide to cut off the electricity supply to millions of people – and in so doing, disrupt the operation of hospitals, businesses?” he told the Journal du Dimanche.
Pouyanne said he was “outraged by the repression” in Myanmar but would refuse to “act to the detriment of our local employees and the Burmese population who are already suffering so much.”
Italian fashion brand Benetton and Swedish retailer H&M have suspended all new orders from Myanmar, while French power group EDF halted its activities, including a $1.5-billion project to build a hydroelectric dam.
Unrest – supported by a widespread strike by civil servants – has crippled Myanmar’s economy, leaving gas exports as one of the junta’s main sources of revenue.
The military-controlled Myanmar Oil and Gas Enterprise has partnerships with Total and US rival Chevron and generates annual revenues of around $1 billion from the sale of natural gas.
Total paid about $230 million to the Myanmar authorities in 2019 and $176 million in 2020 in taxes and “production rights,” according to the company’s financial statements.
The company has not yet paid taxes – worth around $4 million per month – to the junta because the banking system has ceased to operate, Pouyanne said.
But he said Total rejected calls to put the taxes into an escrow account, saying it could put local managers at risk of arrest or imprisonment.
At least 2,658 civilians are in detention across the country, according to AAPP.
This weekend, Myanmar authorities issued arrest warrants for 40 celebrities – most of whom are in hiding.
Two sisters – Shine Ya Da Na Pyo and Nay Zar Chi Shine – who spoke with a CNN correspondent on Friday were also detained, along with another relative.
Local media reported they had flashed a three-finger salute while speaking to CNN.
“We are pressing the authorities for information on this, and for the safe release of any detainees,” a CNN spokesperson said.
Meanwhile, ten rebel groups held online talks Saturday about Myanmar’s crisis, fanning fears that a broader conflict could erupt in a country long plagued by fighting between the military and the ethnic armies.
The country’s 20 odd ethnic armed groups control large areas of territory, mostly in border regions.
Last week, the junta declared a month-long cease-fire with ethnic armed groups.
The announcement however has not seen the end of lethal force against anti-coup protesters.

These were the details of the news Pope calls for vaccines to be shared with poorest nations for this day. We hope that we have succeeded by giving you the full details and information. To follow all our news, you can subscribe to the alerts system or to one of our different systems to provide you with all that is new.