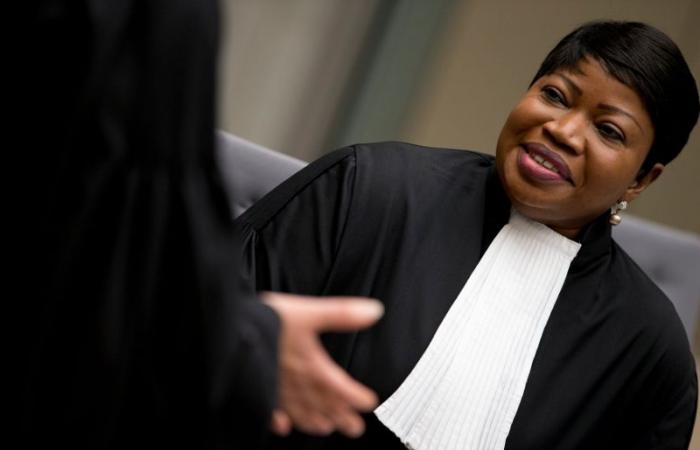 Hello and welcome to the details of US lifts Trump's sanctions on ICC prosecutor, court official and now with the details

The move, announced by US Secretary of State Antony Blinken, lifts sanctions imposed on Bensouda over her investigation into whether American forces committed war crimes in Afghanistan.

It also removes Phakiso Mochochoko, head of the ICC's Jurisdiction, Complementarity and Cooperation Division, from the Specially Designated Nationals list.

In a statement, Blinken said the State Department had also terminated a separate 2019 policy on visa restrictions on certain ICC personnel and added: “These decisions reflect our assessment that the measures adopted were inappropriate and ineffective.”

Blinken said Washington was taking the step even though it continued “to disagree strongly with the ICC's actions relating to the Afghanistan and Palestinian situations” and to object to ICC “efforts to assert jurisdiction over personnel of non-States Parties such as the United States and Israel.”

“We believe, however, that our concerns about these cases would be better addressed through engagement with all stakeholders in the ICC process rather than through the imposition of sanctions,” his statement said.

Blinken said Washington was encouraged that a broad range of reforms were being considered to help the ICC “prioritize its resources and to achieve its core mission of serving as a court of last resort in punishing and deterring atrocity crimes.”

A spokesman for the ICC said the court and its governing body of the member states welcomed the US move.

Silvia Fernandez de Gurmendi, president of the Assembly of States Parties, as the governing body is known, said it would contribute to “strengthening the work of the Court and, more generally, to promoting a rules-based international order.”

“I trust this decision signals the start of a new phase of our common undertaking to fight against impunity,” she said in a statement.

In his formal announcement terminating the sanctions, dated Thursday, US President Joe Biden said that while they were neither “effective or appropriate,” the United States would “vigorously protect current and former United States personnel” from any ICC attempts to exercise jurisdiction over them.

The Trump administration last year accused the Hague-based ICC of infringing on US national sovereignty when it authorized an investigation into war crimes committed by Afghan forces, the Taliban or US troops.

It targeted court staff, including Bensouda, in September with asset freezes and travel bans for investigating American citizens without US consent. The United States is not a member of the court.

The ICC said the sanctions were an attack on international justice and the rule of law.

Then US Secretary of State Mike Pompeo also opposed an investigation launched in 2019 into alleged war crimes in the Palestinian Territories, including by Israeli forces.

The Open Society Justice Initiative (OSJI) said the termination of the sanctions came days before a US government response was due to a lawsuit that OSJI filed charging that Trump's move had violated constitutional rights, including freedom of speech.

“The United States has a long history of using sanctions to punish human rights abusers, but never before was this tool used to punish an independent court that seeks justice for victims of atrocities,” OSJI executive director James Goldston said in a statement.

“We welcome this step by the Biden administration to demonstrate its commitment to human rights, international justice and the restoration of US ideals.” ― Reuters

These were the details of the news US lifts Trump's sanctions on ICC prosecutor, court official for this day. We hope that we have succeeded by giving you the full details and information. To follow all our news, you can subscribe to the alerts system or to one of our different systems to provide you with all that is new.

PREV In Huawei extradition case, arguments wrap up about alleged US international law violation
NEXT 'Mathletes' gear up for World Maths Day