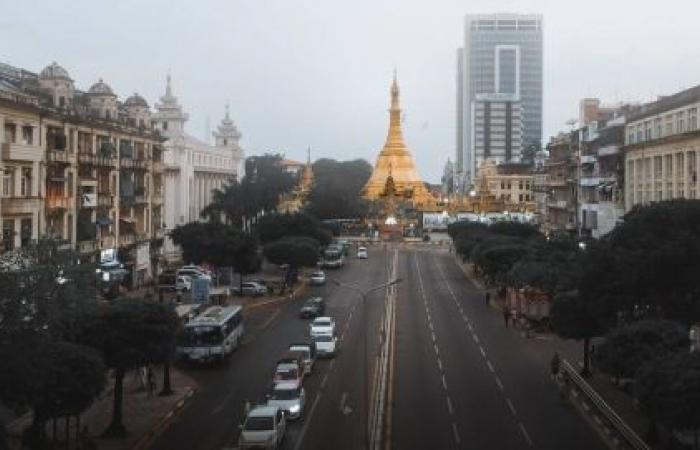 We show you our most important and recent visitors news details Stop ‘widespread violence’ against children in Myanmar, UN officials urge in the following article

Hind Al Soulia - Riyadh - YANGON — Senior United Nations officials on Thursday strongly condemned the ongoing violence by Myanmar’s security forces against civilians, including children, as the members of the Security Council expressed alarm at the rapidly deteriorating situation in the country.

Hundreds of civilians, including at least 44 children (as of March 31) have been killed in the crackdown across the country, including a 7-year-old girl, who was shot while in her home. Countless more have been seriously injured, since the military coup on Feb. 1.

“We call on the Tatmadaw (Myanmar’s military) to halt widespread violence against children in any manifestation ... the children deserve no less”, Virginia Gamba, Special Representative of the Secretary-General for Children and Armed Conflict, and Najat Maalla M’jid, Special Representative of the Secretary-General on Violence against Children, said in a joint statement on Thursday.

They also called on the military to stop the detention of children as clearly stated in the Convention on the Rights of the Child, amid reports that over 900 children and young people have been arbitrarily detained.

While many have been released, others remain held without access to legal counsel, according to the statement.

Gamba and Dr. M’jid also voiced deep concern over the longer-term effects of the current crisis in Myanmar on the physical and mental wellbeing of children and their families.

“The longer the current situation of widespread violence continuous, the more it will contribute to a continuous state of distress and toxic stress for children, which can have a lifelong impact on their mental and physical health”, the statement added.

The two Special Representatives also condemned the military’s use of education and health facilities as well as widespread attacks on schools and hospitals and their personnel, which can deprive civilians of accessing life-saving interventions.

There have been at least 35 incidents documented of arrests and violence against teachers and health personnel, as well as 120 incidents of use of education and health facilities by the military.

Members of the UN Security Council also voiced deep concern at the rapidly deteriorating situation in the south-east Asian nation, and strongly condemned the use of violence against peaceful protestors and the deaths of hundreds of civilians, including women and children.

According to the representative of Viet Nam, Security Council President for April, the members reiterated their call on the military to exercise utmost restraint as well as the need to “fully respect human rights” and “pursue dialogue and reconciliation in accordance with the will and interests of the people of Myanmar”.

They also urged all sides to refrain from violence and called again for the immediate release of all detainees, including State Counsellor Aung San Suu Kyi and President Win Myint.

Council members also noted the Secretary-General’s call on March 27, 2021 for a firm, unified and resolute response from the international community, stressing that they continue “to monitor the situation closely and would remain actively seized of the matter”.

These were the details of the news Stop ‘widespread violence’ against children in Myanmar, UN officials urge for this day. We hope that we have succeeded by giving you the full details and information. To follow all our news, you can subscribe to the alerts system or to one of our different systems to provide you with all that is new.