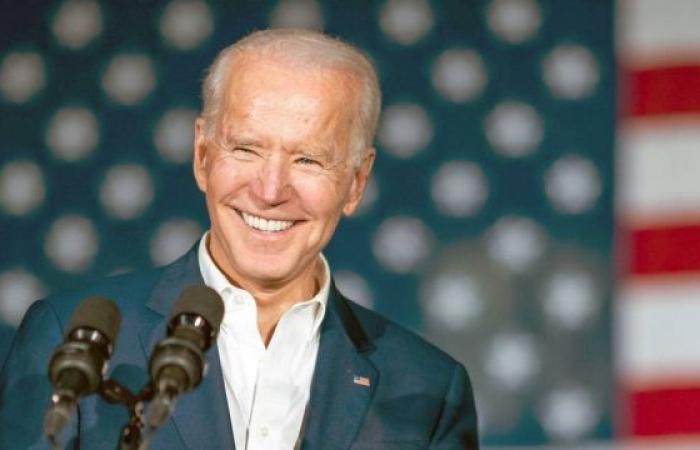 In a press statement, the White House unveiled a list of 11 candidates for judicial positions, which is the first judicial list of nominations issued by President Biden.

Biden nominated several Black women, an Asian American and the first Muslim ever to federal judgeships Tuesday in a push for diversity in the US court system.

Breaking with predecessor Donald Trump's four-year effort to staff federal courts with largely white male conservatives, Biden unveiled his first 11 picks for judges, with only two of them men, neither of them white.

At the top of his list was nominating Judge Ketanji Brown Jackson, who is African-American, to the US Court of Appeals for the District of Columbia Circuit, which is known to handle major cases.

If confirmed by the Senate, Jackson, 50, would replace Merrick Garland — who is now Biden's attorney general — and be in a good position to become a candidate for the Supreme Court if a vacancy opens up.

No Black woman has yet served on the nine-justice high court. Biden nominated two other African-American women to federal appeals court vacancies.

Among those chosen for federal district courts, two more were African Americans (one of them male), two were Asian Americans, one was of Hispanic origin and two were white women.

Moreover, Judge Quraishi is a United States Magistrate Judge for the US District Court for the District of New Jersey since 2019. Judge Quraishi was a partner at Riker Danzig, where he chaired the firm's First Chief Diversity Officer.

He also served as a Military Prosecutor and achieved the rank of a Captain in the US Army Judge Advocate General's Corps, deploying in Iraq in support of the operation Iraqi Freedom in 2004 and 2006.

Judge Quraishi received his J.D. in 2000 from Rutgers Law School — Newark and his B.A. in 1997 from John Jay College of Criminal Justice.

The nominations as a whole "represent the broad diversity of background, experience, and perspective that makes our nation strong," Biden said in a statement.

Under the US Constitution, the president nominates people to serve on the Supreme Court and other federal courts for life, and the Senate votes on whether to confirm them. — Agencies

These were the details of the news Biden nominates first Muslim judge for federal court for this day. We hope that we have succeeded by giving you the full details and information. To follow all our news, you can subscribe to the alerts system or to one of our different systems to provide you with all that is new.