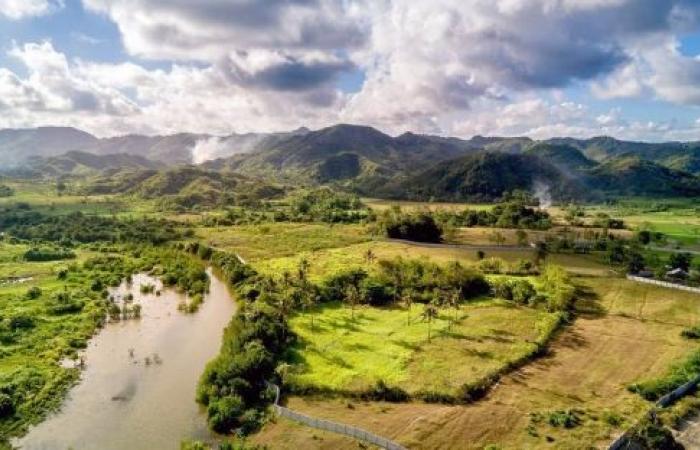 We show you our most important and recent visitors news details Indonesia: UN experts denounce mega tourism project that ‘tramples on human rights’ in the following article

Hind Al Soulia - Riyadh - GENEVA — UN rights experts, on Wednesday, raised alarm over forced evictions of locals and indigenous peoples, and threats against human rights defenders, to make way for a $3 billion tourism project on the Indonesian island of Lombok.

“Credible sources have found that the local residents were subjected to threats and intimidations and forcibly evicted from their land without compensation. Despite these findings, the ITDC has not sought to pay compensation or settle the land disputes,” the experts said.

The government’s aim is to create an enormous tourism complex in Mandalika, which is situated in Lombok’s impoverished West Nusa Tenggara Province, with a Grand Prix motorcycle circuit, parks, resorts and hotels, the experts added.

To date, the project has attracted more than $1 billion in private investment and is being managed by Asian Infrastructure Investment Bank (AIIB), a multilateral financial institution.

Lack of due diligence

The rights experts also criticized a lack of due diligence by the AIIB and private businesses to identify, prevent, mitigate and account for how they address adverse human rights impacts, as set forth in the UN Guiding Principles on business and human rights.

“In light of the dark history of human rights violations and land grabs in the region, the AIIB and businesses cannot look the other way and carry on business as usual,” the experts said.

“Their failure to prevent and address risks of human rights abuses is tantamount to being complicit in such abuses,” they added.

In March 2021, several UN experts voiced their concerns in joint communications to the Indonesian government, the ITDC and the AIIB, as well as to concerned private companies involved in the project as well as their home States, France, Spain and the United States, the statement noted.

He added that large-scale tourism development that “tramples on human rights is fundamentally incompatible” with the concept of sustainable development.

De Schutter insisted that “the time has passed for racing circuits and massive transnational tourism infrastructure projects that benefit a handful of economic actors rather than the population as a whole”.

Instead, governments keen to build back better after COVID-19 “should focus on empowering local communities”, enhancing livelihoods and participation in decision-making, he continued, urging investors “not to finance or engage in projects and activities that contribute to human rights violations and abuses.”

In addition to De Schutter, the UN experts making the call include the special rapporteurs on the rights of indigenous peoples, on the situation of human rights defenders, and on adequate housing; the independent experts on human rights and international solidarity, and on promotion of a democratic and equitable international order; as well as the members of the UN Working Group on business and human rights.

The Special Rapporteurs, Independent Experts and Working Groups are part of what is known as the Special Procedures of the Human Rights Council. The experts work on a voluntary basis; they are not UN staff and do not receive a salary. They are independent from any government or organization and serve in their individual capacity. — UN News

These were the details of the news Indonesia: UN experts denounce mega tourism project that ‘tramples on human rights’ for this day. We hope that we have succeeded by giving you the full details and information. To follow all our news, you can subscribe to the alerts system or to one of our different systems to provide you with all that is new.