Probe launched into UK school’s use of Prophet Muhammad cartoon 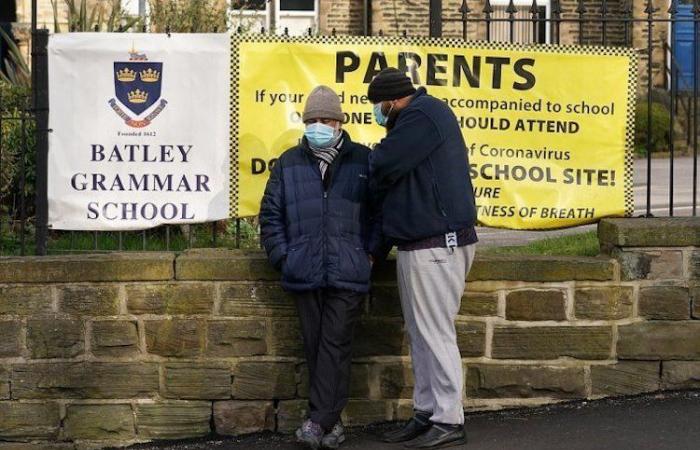 MANILA: Philippines President Rodrigo Duterte has appealed for “patience and understanding” amid growing criticism over his handling of the coronavirus pandemic, which has claimed the lives of 13,191 people across the country.

In a televised address late Monday, the tough-talking former mayor of Davao City told Filipinos that the government was “doing its best to manage the health crisis,” before admitting that it was “difficult” to procure vaccines.

“If only I had in my power a magic wand to make our problems disappear, I would do it,” Duterte said, adding: “I’m grappling with the issue of coronavirus. It takes most of my time actually ... looking for ways and ... where we can get vaccines.”

The leader said that the challenges his administration faced in procuring vaccines were “almost making me cry.”

He added: “If you only knew, I’m like passing through purgatory at this time until I am able to help all Filipinos. I want to cry in front of you, but I’ve run out of tears.”

Duterte warned that worldwide vaccine distribution was “unfair,” saying that “it is not easy to have access to jabs when you are on the poor side,” before accusing some countries of having “shanghaied” the global vaccine supply.

“We are not allowed to mention the names of the countries, but there’s something. There’s a ruckus going on, and the fight for vaccine possession is ongoing. It’s a very serious one,” he said.

He appealed to Filipinos for patience, given that the Philippines is not a vaccine producer.

“We have to understand the government. We are doing our best. We are not a vaccine-producing country. We don’t have the expertise and we don’t have the medical or scientific knowledge. So we’re just waiting,” he said.

As a secondary plan, the Philippines government has given private entities the go-ahead to import coronavirus vaccines “at will” for employees.

“I have ordered Secretary Carlito Galvez to sign any and all documents that would allow the private sector to import at will,” Duterte said, adding that dozens of businesses have shown interest in buying vaccines for workers.

His comments came days after intense public criticism over a government decision to place the Philippines capital and four surrounding provinces under strict lockdown for a week amid a spike in coronavirus cases.

Close to a quarter of the country — almost 25 million Filipinos — are affected by the enhanced community quarantine (ECQ), the highest level of lockdown.

Filipinos took to social media over the weekend to air their grievances over the Duterte administration’s “failure” and “incompetence” in fighting the pandemic. Trending hashtags on Twitter included #Duterte Resign and #DutertePalpak (Duterte is a failure).

“It’s our right as Filipino citizens to complain and demand!”

In another tweet, user Kamil_Anne said: “After a year and trillions in debt, this is still what the government can come up with.”

In response to the criticism, Duterte said that several other countries were following similar protocols amid new surges in coronavirus infections.

As of Tuesday, the Philippines Department of Health reported 9,296 new coronavirus infections, bringing the total number over the course of the pandemic to 741,181.

These were the details of the news Probe launched into UK school’s use of Prophet Muhammad cartoon  for this day. We hope that we have succeeded by giving you the full details and information. To follow all our news, you can subscribe to the alerts system or to one of our different systems to provide you with all that is new.