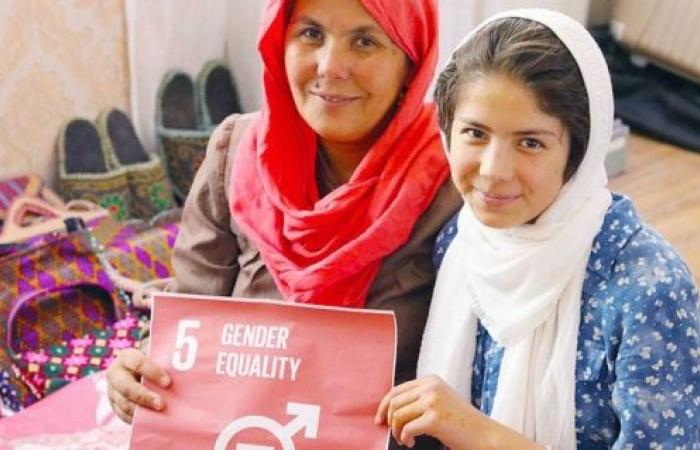 Hind Al Soulia - Riyadh - GENEVA — At the closing of the UN women’s commission, world leaders issued a strong pledge for women’s full and effective participation and decision-making in public life along with the elimination of violence against them.

The 65th session of the UN Commission on the Status of Women (CSW) ended its two-week long gathering on Friday by adopting a document that recognizes the need to significantly accelerate the pace in ensuring women a place in government and public sector leadership.

The so-called Agreed Conclusions acknowledge that temporary special measures, such as quotas, and increased political will are needed as an enabling pathway to this goal.

“This is the first session of the Commission on the Status of Women in 15 years to engage with the issue of women’s participation in public life and these Agreed Conclusions make important advances,” said Phumzile Mlambo-Ngcuka, Executive Director of UN Women, which serves as the CSW Secretariat.

Against the backdrop of the coronavirus pandemic,  the Agreed Conclusions affirm that the crisis is deepening the pre-existing inequalities that perpetuate multiple and intersecting forms of discrimination.

However, recent data show that women have been mostly absent from COVID-19 government task forces around the world — making up only 24 percent of the 225 task force members examined across 137 countries.

As such, the document recommends concrete actions to remedy the situation, such as changing laws that hinder women's equal participation in public life; setting timelines for gender balance in government through measures such as quotas or appointments; and encouraging the nomination of as many women candidates as men.

Moreover, it pushes for measures to eliminate, prevent and respond to all forms of violence against women and girls in public and private spaces.

The Agreed Conclusions also calls for an end to the impunity of perpetrators and assistance for victims and survivors — for instance through psychosocial support, affordable housing and employment.

“The women of the world have made it very clear that the past and the status quo have not met their need for gender equality,” said Mlambo-Ngcuka.

Meanwhile the countdown begins for the Generation Equality Forum in Mexico on Monday.

Convened by UN Women and co-hosted by the governments of Mexico and France, in conjunction with youth and civil society, the forum aims to drive major action and commitments for gender.

With civil society at its core, it will reinforce the power and voice of feminist movements and youth, while highlighting the commitment and action of UN member states, the private sector and international organizations, among others, in the drive to achieve gender equality. — UN News

These were the details of the news UN commission pushes equality for women in decision-making for this day. We hope that we have succeeded by giving you the full details and information. To follow all our news, you can subscribe to the alerts system or to one of our different systems to provide you with all that is new.