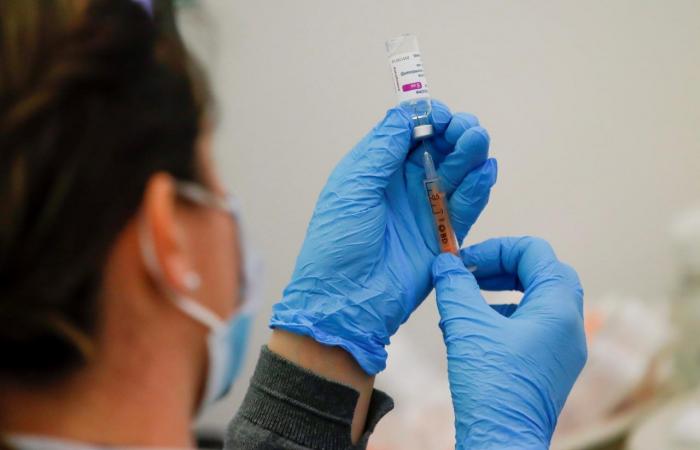 You are now following the details of the Britain nearing vaccine deal with European Union: The Times news and now we leave you with the details

Mohamed Nass - Cairo - (Reuters) – Britain is close to striking a vaccine deal with the European Union as soon as this weekend that will remove the threat of the bloc cutting off supplies, The Times reported on Saturday.

Under the agreement the EU will remove its threat to ban the export of Pfizer-BioNTech vaccines to Britain, it added.

In return, the British government will agree to forgo some long-term supplies of the Oxford-AstraZeneca vaccine that had been due to be exported from a factory in Holland run by AstraZeneca’s subcontractor Halix, the newspaper reported.

However, the EU has never threatened a ban on the export of vaccines, but has only said it could block on a case-by-case basis specific vaccine shipments to countries with higher vaccination rates or that do not export vaccines to the EU.

“We are only at the start of discussions with the UK. There are no talks over the weekend,” an EU Commission source said on Saturday, adding that sending vaccines produced at Halix was not part of the talks.

A second EU source had previously said that the EU has no intention of sharing with Britain the vaccine substance from Halix, which is estimated to have already produced enough for about 15-20 million doses, and can produce the equivalent of 5 million shots per month.

The British government, Pfizer-BioNTech, and AstraZeneca were not immediately available for comment.

The EU’s rebuff follows Britain’s repeated refusal to share with Brussels AstraZeneca doses produced at two factories in the UK.

On Friday, the European Medicines Agency approved the Halix production site in the Netherlands that makes the AstraZeneca vaccine and a facility in Marburg in Germany producing BioNTech/Pfizer shots.

The EU’s clearing of the vaccine site comes as the union is banking on it boosting deliveries in the second quarter and accelerate the slow pace of inoculations in the bloc.

The EU says that Britain should share more, notably to help make up the shortfall in contracted deliveries of AstraZeneca shots.

Reporting by Akriti Sharma and Aakriti Bhalla in Bengaluru; additional reporting by Sabine Siebold and Francesco Guarascio in Brussels; Editing by Shri Navaratnam and Louise Heavens

Image: FILE PHOTO: A dose of the AstraZeneca COVID-19 vaccine is prepared in a vaccination center at Newmarket Racecourse, amid the coronavirus disease outbreak in Newmarket, Britain March 26, 2021. REUTERS/Andrew Couldridge

These were the details of the news Britain nearing vaccine deal with European Union: The Times for this day. We hope that we have succeeded by giving you the full details and information. To follow all our news, you can subscribe to the alerts system or to one of our different systems to provide you with all that is new.