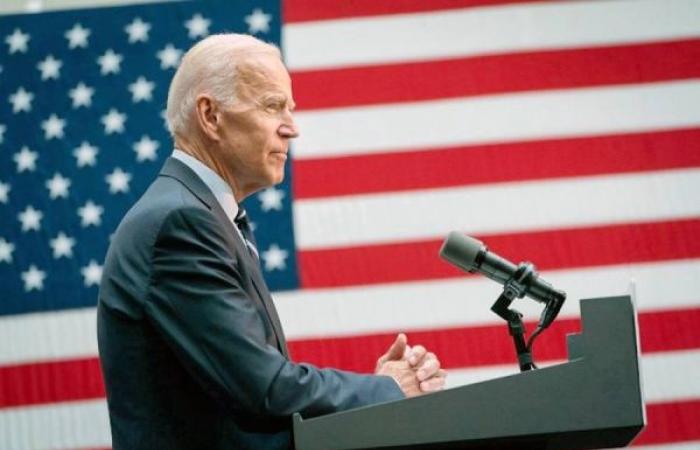 Hind Al Soulia - Riyadh - WASHINGTON — US President Joe Biden has invited 40 heads of state, including Saudi Arabia’s Custodian of the Two Holy Mosques King Salman and Indian Prime Minister Narendra Modi, to join him for the World Leaders Summit on Climate to be hosted by his administration on April 22-23.

The other leaders including Presidents Xi Jinping of China and Vladimir Putin of Russia, and Prime Ministers Sheikh Hasina of Bangladesh and Lotay Tshering of Bhutan have also been invited to the virtual meeting to highlight the urgency of action to combat climate change, the White House said on Friday.

The virtual Leaders Summit will be live streamed for public viewing, the White House said in a statement, adding that it aims to galvanize efforts by the major economies to tackle the climate crisis.

Biden has made fighting climate change a pillar of both his foreign and domestic policies and one of his first actions on taking office in January was to have the US rejoin the Paris Climate Change Agreement.

The summit is meant to position Biden, and the US, as the global leader in meeting the climate change challenge and boost his stature.

"By the time of the summit, the US will announce an ambitious 2030 emissions target as its new Nationally Determined Contribution under the Paris Agreement for limiting the damage from climate change, the White House said.

The Leaders Summit on Climate will underscore the urgency — and the economic benefits — of stronger climate action, it said. It will be a key milestone on the road to the United Nations Climate Change Conference (COP26) this November in Glasgow.

By the time of the Summit, the United States will announce an ambitious 2030 emissions target as its new Nationally Determined Contribution under the Paris Agreement, it noted.

In his invitation, the President urged leaders to use the Summit as an opportunity to outline how their countries also will contribute to stronger climate ambition.

The Summit will reconvene the US-led Major Economies Forum on Energy and Climate, which brings together 17 countries responsible for approximately 80 percent of global emissions and global GDP, it stated.

The president also invited the heads of other countries that are demonstrating strong climate leadership, are especially vulnerable to climate impacts, or are charting innovative pathways to a net-zero economy. A small number of business and civil society leaders will also participate in the Summit.

Key themes of the Summit will include: Galvanizing efforts by the world's major economies to reduce emissions during this critical decade to keep a limit to warming of 1.5 degree Celsius within reach, it elaborated.

The themes cover mobilizing public and private sector finance to drive the net-zero transition and to help vulnerable countries cope with climate impacts.

The summit will focus on the economic benefits of climate action, with a strong emphasis on job creation, and the importance of ensuring all communities and workers benefit from the transition to a new clean energy economy.

The summit's agenda includes spurring transformational technologies that can help reduce emissions and adapt to climate change, while also creating enormous new economic opportunities and building the industries of the future.

It covers showcasing subnational and non-state actors that are committed to green recovery and an equitable vision for limiting warming to 1.5 degree Celsius, that are working closely with national governments to advance ambition and resilience.

Finally, the summit will discuss opportunities to strengthen capacity to protect lives and livelihoods from the impacts of climate change, address the global security challenges posed by climate change and the impact on readiness, and address the role of nature-based solutions in achieving net zero by 2050 goals. — Agencies

These were the details of the news Biden invites 40 world leaders to climate summit for this day. We hope that we have succeeded by giving you the full details and information. To follow all our news, you can subscribe to the alerts system or to one of our different systems to provide you with all that is new.