Hello and welcome to the details of Brazil posts record 3,650 new Covid-19 deaths, unveils two homegrown vaccines and now with the details

SAO PAULO, March 27 — Brazil posted a record 3,650 new Covid-19 deaths yesterday, and the country also unveiled its first two domestically developed Covid-19 vaccine candidates for human trials, which although months away from use, should eventually help tame the pandemic.

More than 300,000 have died from Covid-19 in Latin America’s biggest country. It is the world’s second highest total after the United States, making Brazil the global epicentre of the outbreak due to a lack of federal restrictions, an infectious new variant and a patchy vaccine rollout.

Yesterday's record death toll was the second this week, with a historic 100,158 new coronavirus cases on Thursday.

Pressure has been mounting on President Jair Bolsonaro to tackle a public health crisis he has minimized, shunning masks, railing against lockdowns and sowing doubts about vaccines.

Bolsonaro, a far-right former army captain, has begun to change his tone on vaccines that he had previously said he would not take.

Yesterday, Brazil health regulator Anvisa said it had received a request to start phase 1-2 testing of a vaccine known as Versamune, developed by the University of Sao Paulo Ribeirão Preto, in conjunction with Farmacore and PDS Biotechnology . Brazil’s Science, Technology and Innovation Minister Marcos Pontes said the Versamune vaccine was one of three federally supported shots.

Earlier, Sao Paulo’s Butantan biomedical institute said it will seek approval to begin human trials for its own vaccine with the goal to begin inoculations in July. That would be an aggressive timeline even considering the recent race for Covid-19 shots.

Butantan aims to produce 40 million doses of the Butanvac vaccine this year, starting in May, officials said, which would help a sputtering national immunisation programme.

Butantan officials said the new vaccine had been designed to protect against the contagious P1 variant of the coronavirus, which emerged in the Amazon region last year and is fueling a deadly second wave of cases overwhelming hospitals.

The vaccine was developed using a modified virus, which causes the Newcastle disease in birds, to elicit an immune response to a spike protein from the novel coronavirus.

Butantan plans to test the vaccine on 1,800 volunteers over two phases, two people familiar with the matter told Reuters ahead of the official announcement. — Reuters

These were the details of the news Brazil posts record 3,650 new Covid-19 deaths, unveils two homegrown vaccines for this day. We hope that we have succeeded by giving you the full details and information. To follow all our news, you can subscribe to the alerts system or to one of our different systems to provide you with all that is new. 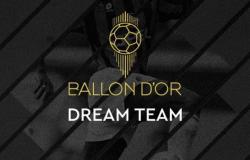