Contagious and concerning: What we know about Covid-19 variants 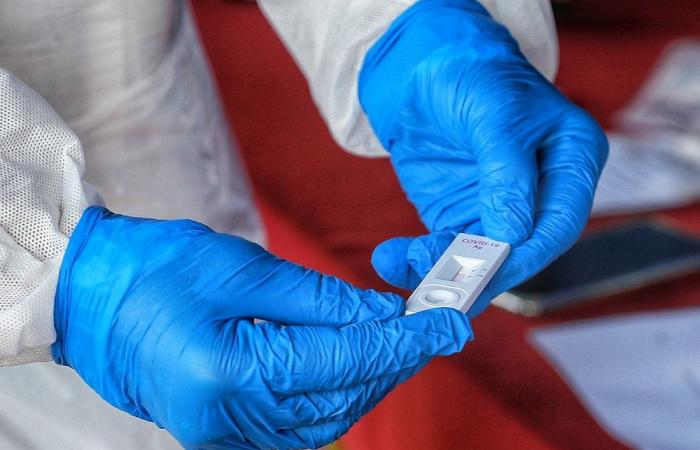 Hello and welcome to the details of Contagious and concerning: What we know about Covid-19 variants and now with the details

PARIS, March 26 — Several coronavirus variants with the potential to be more transmissible have caused global concern over whether existing vaccines will still protect the world from a virus that is constantly mutating.

Here’s what we know about them and what this implies for the Covid-19 pandemic.

Viruses continually mutate as tiny errors are introduced each time they replicate. The SARS-CoV-2 virus is no different, and has already undergone several thousand mutations since it emerged in humans in late 2019.

Of the current known variants, three are particularly worrying: those initially detected in southeast England, South Africa and in travellers from Brazil arriving in Japan.

They circulate respectively in 125, 75 and 41 countries, according to a recent update from the World Health Organisation.

It has designated them “variants of concern” because of their increased transmissibility and / or virulence, which worsens an epidemic and makes it more difficult to control.

There are also several “variants of interest” — first identified in Scotland, the United States and Brazil — under surveillance because of potentially problematic genetic characteristics.

Finally, many other variants are circulating, which are being tracked by the scientific community through genetic sequencing.

“The coming weeks and months will tell us whether they fall into the worrying category of variants that spread rapidly, or if they will remain as variants that circulate weakly,” Etienne Simon-Loriere, head of viral evolution at France’s Pasteur Institute, told AFP.

All variants are categorised according to the mutations they have acquired. Each occupies its own spot in the genetic family tree of SARS-CoV-2.

It’s a tree that is constantly growing branches.

Unlike events like viruses themselves, variants do not have a recognised international naming system, so their official titles tend to be somewhat technical.

Given this, people have resorted to the snappier terms “English variant”, “South African variant” and so on, although this has caused concerns that certain countries will be stigmatised.

Viruses normally accumulated mutations over time so the appearance of variants is not at all surprising.

Most of these changes will not have “a direct benefit to the virus or other public health impacts”, according to the WHO.

It all depends on the mutations they carry.

The English, South African and Brazilian variants all share a particular mutation—named N501Y—that is thought to increase infectiousness.

The mutation occurs on the virus’ spike protein, which almost certainly makes it more effective at binding with human receptor cells.

And the South African and Brazilian variants carry another mutation, E484K, suspected of reducing the immunity acquired either by a past infection (with therefore an increased possibility of reinfection), or by vaccines.

The three “variants of concern” are all understood to be more infectious.

The WHO estimates that the English variant is between 36 per cent to 75 per cent more contagious, while the South African strain is thought to be 1.5 times more transmissible.

It said data for the Brazil variant, known as P.1, is still preliminary, but a recent study of health data in the city of Manaus where the variant has spread widely had suggested it could be 2.5 times more contagious than previous strains.

For the moment estimates of transmissibility are largely based on observations about how fast a variant spreads.

But given that infection rates depend on a variety of factors such as social distancing measures, it can be difficult to quantify the potential increase in transmissibility.

Several teams of researchers around the world are also analysing the biological characteristics of these variants, to investigate the mechanics of infection.

“There are several hypotheses to study. Perhaps the viral load is higher, or that the variant can enter more easily into human cells and multiply faster,” said Olivier Schwartz, head of the Pasteur Institute’s virus and immunity unit.

Researchers at Harvard University are investigating another possibility.

They are looking at the idea that the English variant could lead to extended Covid-19 infections, making individuals more contagious for longer.

If that turns out to be the case, “a longer isolation period than the currently recommended 10 days after symptom onset may be needed,” the researchers concluded.

But it will take several weeks or even months to get definitive answers.

British authorities said in January that the strain that emerged in England was up to 40 per cent more deadly, based on a number of studies in the UK.

One of these, which was published in the BMJ medical journal in March, found that the variant was 64 per cent more deadly than pre-existing strains.

For 1,000 cases detected, the English variant causes 4.1 deaths, against 2.5 for the classic coronavirus, it found.

Additionally, the WHO estimates that the South African variant “increases the risk of death in hospital by 20 per cent”, based on research in the country.

Several studies have shown that while vaccines maintain their effectiveness against the English variant, they may have a weaker effect against the South African and Brazilian strains, because of the E484K mutation.

However, scientists say that does not mean that they are not effective at all.

Also, these studies focus on a single response of the body after vaccination — the production of antibodies.

They do “not assess other types of potential immunity, such as memory T- and B-cell activity,” said a group of US specialists, including government expert Anthony Fauci, in an article recently published in the journal Jama.

Meanwhile, manufacturers are working on updated vaccines, tailored to the variants.

Moderna announced in March that it was testing a new generation of vaccine in a clinical trial to evaluate their effectiveness against the South African variant.

This is why, experts say, it is crucial to vaccinate as many people as quickly as possible in order to limit the risk of new variants emerging.

So measures such as distancing and mask wearing will continue to be vital, even as more and more people receive a vaccine. — AFP

These were the details of the news Contagious and concerning: What we know about Covid-19 variants for this day. We hope that we have succeeded by giving you the full details and information. To follow all our news, you can subscribe to the alerts system or to one of our different systems to provide you with all that is new.