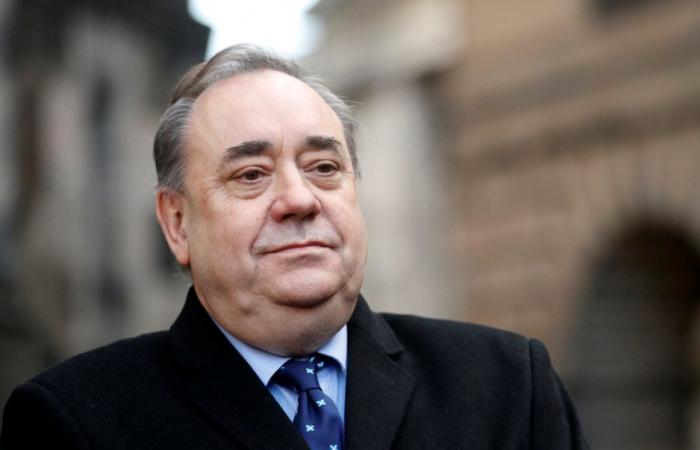 The 66-year-old former Scottish National Party (SNP) leader was first minister from 2007 to 2014, when he stepped down after a failed referendum on independence.

But he quit the SNP, and has clashed with his successor Nicola Sturgeon over her handling of sexual harassment claims against him, of which he was cleared.

Scotland holds elections for its devolved parliament in Edinburgh on May 6, with the SNP hoping to use the results to push for a fresh poll on independence, which British Prime Minister Boris Johnson is against.

The Scottish public appear evenly split on support for the country breaking away from the United Kingdom, according to recent surveys.

Salmond, who is one of four candidates to have so far declared they will stand for the new Alba Party, said it would be a “new political force” aiming to deliver a “supermajority” for independence in May.

“Boris Johnson has already said no to the SNP proposals. He will find it much more difficult to say no to a parliament and a country,” Salmond said, at a virtual party launch.

He was keen to stress, however, that the new party — which takes its name from the Scots Gaelic for Scotland — was not a direct challenge to Sturgeon’s SNP and would urge people to vote tactically.

The 129 Members of the Scottish Parliament (MSPs) are elected on the additional member system, with each elector having two votes.

The first is used to elect 73 constituency MSPs, including Sturgeon, by the “first past the post” system.

The second is to elect seven regional MSPs from eight parliamentary regions by party list, to ensure better representation in the legislature.

Alba would only be standing in the regional list, with the hope of securing wider backing for independence in parliament, and will urge people to vote for the SNP in constituencies, said Salmond.

Johnson has repeatedly refused to grant Edinburgh the powers to hold a second referendum, arguing the 2014 vote was a “once in a generation” event.

But Salmond said having majority support among MSPs for independence would change “the balance fundamentally into Scotland’s favour”.

“If you have in the Scottish Parliament a sufficient majority of MSPs across a majority of parties supporting independence, that’s a very powerful position to start independence negotiations,” he added.

“If you don’t... then Boris Johnson will say, this is an SNP fascination.”

Despite his run-ins with the SNP, which he has accused of a politically motivated smear campaign, he said Alba’s campaign would be “entirely positive”. — AFP

These were the details of the news Scotland’s former leader Alex Salmond launches new party for this day. We hope that we have succeeded by giving you the full details and information. To follow all our news, you can subscribe to the alerts system or to one of our different systems to provide you with all that is new.