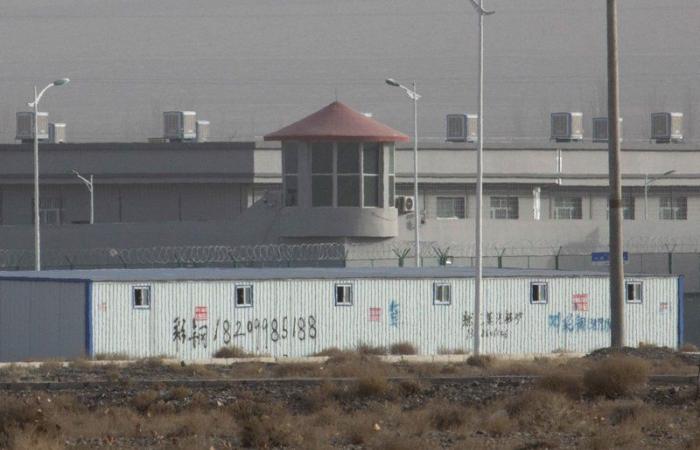 Mohamed Nass - Cairo - ISTANBUL (Reuters) – Turkey raised the issue of Uighur Muslims during talks with China’s foreign minister in Ankara on Thursday, Turkish Foreign Minister Mevlut Cavusoglu said, as hundreds of Uighurs protested against the treatment of their ethnic kin in China.

Chinese Foreign Minister Wang Yi met Cavusoglu and later President Tayyip Erdogan, as around 1,000 protesters gathered in Istanbul, chanting “Dictator China” and “Stop Uighur Genocide, Close the Camps”. Some waved blue-and-white flags of the independence movement of East Turkestan, the name by which the movement refers to Xinjiang.

“We are here to ask about our families. Why can’t we get in touch with our families? Are they dead or alive? Where are they? Are they at camps or outside?” said Imam Hasan Ozturk, a Uighur protester.

China approved an extradition treaty with Turkey in December and with the deal awaiting ratification by Ankara’s parliament, activists among some 40,000 Uighurs living in Turkey have stepped up efforts to highlight their plight, holding regular protests in Ankara and Istanbul.

Cavusoglu, who has denied that the extradition accord would lead to Uighurs being sent back to China, said after meeting Wang he had conveyed “our sensitivity and thoughts on Uighur Turks”, adding that Ankara and Beijing would enhance cooperation against the COVID-19 pandemic and on vaccines.

Uighurs’ worries have been fuelled by Ankara’s dependence on China for COVID-19 vaccines, having received 15 million doses from Sinovac Biotech and ordered tens of millions more. This week, Turkey received 1.4 million doses of the vaccine developed by Germany’s BioNTech, the first significant batch of non-Chinese vaccines.

UN experts estimate at least a million Uighurs and other Muslims are held in detention centres in northwest China’s Xinjiang. The United States said in January China has committed “genocide and crimes against humanity” by repressing Uighurs.

China denies accusations of abuses in Xinjiang, and has said the complexes it set up in the region provided vocational training to help stamp out Islamist extremism and separatism.

A Chinese embassy spokesperson said last month that Uighurs who have been holding regular protests near China’s diplomatic premises in Turkey in recent months were trying to deceive Turkish people and damage relations.

FILE – In this Monday, December 3, 2018, file photo, a guard tower and barbed wire fences are seen around a facility in the Kunshan Industrial Park in Artux in western China’s Xinjiang region. An Australian think tank says China appears to be expanding its network of secret detention centers in Xinjiang, where Muslim minorities are targeted in a forced assimilation campaign. (AP Photo/Ng Han Guan, File)

These were the details of the news Turkey raises Uighur issue with Chinese minister amid protests for this day. We hope that we have succeeded by giving you the full details and information. To follow all our news, you can subscribe to the alerts system or to one of our different systems to provide you with all that is new.

PREV 50 of Afghanistan's 370 districts have fallen to Taliban since May: UN envoy
NEXT Alpha, Beta, Gamma, Delta — WHO uses Greek alphabet to name COVID-19 variants