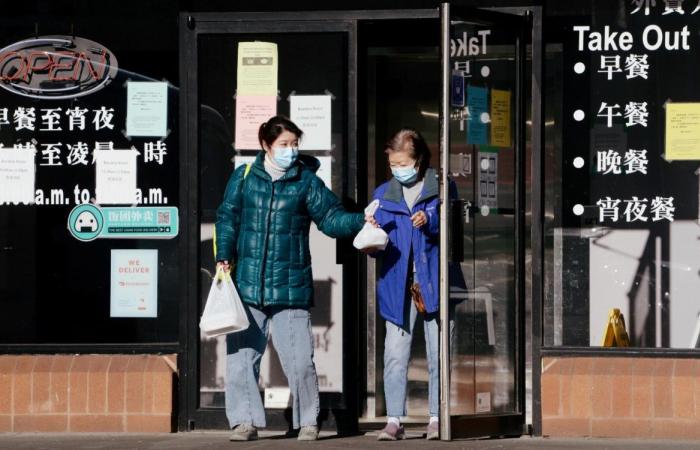 You are now following the details of the Canada calling? Hong Kong residents shift billions abroad after clampdown news and now we leave you with the details

The previously unreported outflows, the highest since 2012 when the earliest FINTRAC records are available, are the first evidence of a significant flight of capital overseas from the Asian financial hub following the security turmoil.

One Canadian lender, Equitable Bank, also told Reuters it had seen a surge in deposits from Hong Kong just after the new law was introduced in June 2020. Critics say the law was aimed at stifling dissent, an allegation denied by Beijing which says it was needed to strengthen national security.

The Hong Kong government has said the city has not seen significant capital outflows since the anti-government unrest first began in 2019, when a now-shelved bill that would have allowed extraditions to mainland China was proposed.

The record transfers, up 46 percent from 2016 and up 10 percent from 2019, came in a year when Hong Kong police froze the accounts of several people linked to pro-democracy protests, triggering concern among some residents about asset safety.

The outflows represent only 1.9 percent of Hong Kong’s total bank deposits in 2020. But, at the same time, the FINTRAC data captures only a fraction of total legal inflows into the Canadian economy because many transactions are not included, such as transfers via cryptocurrencies, between financial institutions, or under C$10,000, said spokesman Darren Gibb.

The agency has seen a steady increase in overall EFT reporting, consistent with global trends, he said.

And it’s not just money.

Reuters interviewed a dozen immigration consultants, lawyers, and real estate brokers who provided a window into how many Hong Kong residents are eager to start a new life in Canada and bring with them millions of dollars, once pandemic-induced travel restrictions end.

Canadian visa applications from Hong Kong, excluding visitors’ visas, rose 10 percent to 8,121 in 2020, indicating further capital flows from the city are likely. Britain and Australia are expected to be other favored destinations for Hong Kong residents.

Andrew Lo, chief executive of immigration consultancy Anlex in Hong Kong, is looking to expand into wealth management services in Canada, which he believes will be “a booming market for new immigrants, especially from Hong Kong.”

Lo said he helped around 36 families emigrate to Canada in the past 12 months, each bringing C$1.5 million on average.

Despite the cash leaving Hong Kong, it continues to receive inflows on a net basis, with total deposits growing by 5.4 percent in 2020 to HK$14.5 trillion ($1.9 trillion), according to the Hong Kong Monetary Authority.

“As an international financial center (IFC), Hong Kong handles capital inflows and outflows which arise from all sorts of needs on a regular basis,” a central bank spokeswoman told Reuters in response to the questions about outflows to Canada.

“This is just normal in keeping with the nature and function of an IFC.”

Canada is a second home for many Hong Kong residents after their families moved to the Vancouver and Toronto areas ahead of the British handover of its former colony to China in 1997. After obtaining Canadian citizenship, many returned to Hong Kong, which is now home to about 300,000 Canadians – one of the largest Canadian communities abroad.

But following the 2020 security law, more Hong Kong residents want to make their home in Canada, which took steps here late last year to make it easier for them to obtain work permits and permanent residency, according to immigration consultants and lawyers.

The residents cite eroding rights and freedoms, and a better education for their children as reasons for their choice, and many are selling their Hong Kong properties and bringing their money with them, they said.

Political developments have prompted people to consider what will happen if things decline, and to look at Canada as an option, said Canadian immigration attorney Evelyn Ackah. “Right now, it’s just an option. I don’t see a mass exodus. It’s people looking around, saying ‘can I be somewhere else if I need to?’”

(For graphic on Canada visa applications from Hong Kong – here)

‘MORE THAN A SPIKE’

Even as departures are delayed by travel restrictions and slower immigration processing times, some have already begun moving money into Canadian accounts, according to immigration experts.

Average balances in these accounts were up 30 percent between June and mid-March, versus a four percent rise in accounts with non-Hong Kong phone numbers.

The country’s large banks either didn’t respond to requests for, or declined to comment on, any influxes from Hong Kong.

Jean-Francois Harvey, a Canadian lawyer based in Hong Kong who specializes in immigration for high-net-worth individuals, has seen a five-fold increase in clients seeking to move to Canada since mid-2020. His clients have transferred at least C$1 million and, more commonly, between C$5 million and C$10 million in the last 12 months.

“There’s been an incredible increase in demand especially for Canada in Hong Kong, so much that in the middle of COVID-19, I had to double the team and the size of the office in Hong Kong,” said Harvey, worldwide managing partner for Harvey Law Group.

“This is more than a spike. This is a wave.”

Hong Kong-based attorney Clifford Ng, who himself immigrated to Canada in 1975 and returned to Hong Kong in 1995, said he has seen a four-fold increase in inquiries about the tax implications of moving to Canada.

Canada is not the only destination expected to see inflows from Hong Kong as residents look to leave, though.

Britain’s government expects that as many as 321,600 Hong Kong residents will migrate there over the next five years, with almost half of those in 2021. Based on this, Bank of America said in January it expects emigration-related outflows to reach HK$280 billion ($36.1 billion) this year.

Some of the money coming into Canada is likely to flow into real estate, property consultants said.

In the first 10 weeks of 2021, Hong Kong hosted nearly a third more exhibitions of new-build properties by Canadian developers than in the same period in 2019, according to data from Eli McGeever, vice president of international property at Soho App.

Exhibitions in 2020 were affected by Hong Kong’s first wave of COVID-19 lockdowns.

Keelan Chapman, founder of the Canadian Real Estate Investment Centre (HK), said he has seen a noticeable increase in buyers looking for larger properties in good school areas for eventual self-use, rather than solely for investment.

He said many of his clients, most of whom are Hong Kong residents with Canadian passports, have accelerated timelines for returning to Canada to around five years on average, from around eight years previously.

“There’s no rush to move back to Canada tomorrow,” he said. “It’s more of a long picture view.”

These were the details of the news Canada calling? Hong Kong residents shift billions abroad after clampdown for this day. We hope that we have succeeded by giving you the full details and information. To follow all our news, you can subscribe to the alerts system or to one of our different systems to provide you with all that is new.

PREV Fire at refinery near Tehran under control, say officials
NEXT Seven candidates to run in Iran presidential election on June 18