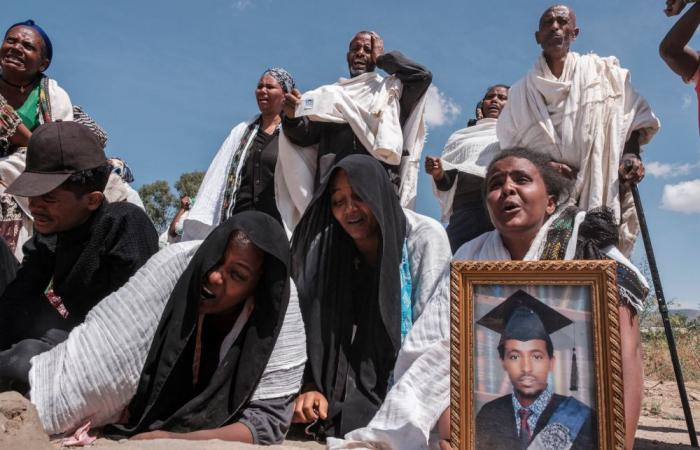 Hello and welcome to the details of Men forced to rape family members in Ethiopia’s Tigray, says UN and now with the details

NEW YORK, March 26 — More than 500 rape cases have been reported to five clinics in Ethiopia’s Tigray region, the United Nations said yesterday, warning that the actual numbers were likely to be much higher due to stigma and a lack of health services.

“Women say they have been raped by armed actors, they also told stories of gang rape, rape in front of family members and men being forced to rape their own family members under the threat of violence,” Wafaa Said, deputy UN aid coordinator in Ethiopia, said in a briefing to UN member states in New York.

She said at least 516 rape cases had been reported by five medical facilities in Mekelle, Adigrat, Wukro, Shire and Axum.

“Given the fact that most health facilities are not functioning and also the stigma associated with rape, it is projected that actual numbers are much higher,” she added.

A dozen top UN officials called on Monday for a stop to indiscriminate and targeted attacks against civilians in Tigray, particularly calling out reports of rape and “other horrific forms of sexual violence.”

Fighting in Tigray broke out in November between government troops and the region’s former ruling party, the Tigray People’s Liberation Front. Ethiopian Prime Minister Abiy Ahmed has also said troops from neighboring Eritrea were in the region.

“Ethiopia has a zero-tolerance policy for sexual crimes and anyone found responsible for the despicable acts will be held accountable to the fullest extent of the law,” he said.

The violence in Tigray has killed thousands of people and forced hundreds of thousands from their homes in the mountainous region of about five million.

“Most of the internally displaced people left with nothing more than the clothes they were wearing. They are generally traumatized and tell stories of the difficult journey they took in search of safety. Some reported walking for two weeks and some as far as 500 km,” Said said yesterday.

The United Nations has raised concerns about atrocities, while US Secretary of State Antony Blinken has described acts carried out as ethnic cleansing. Ethiopia rejected Blinken’s allegation.

This week, Abiy acknowledged for the first time that atrocities such as rape had been committed and said any soldiers committing crimes would be punished.

Dozens of witnesses in Tigray have told Reuters that Eritrean soldiers routinely killed civilians, gang-raped and tortured women and looted households and crops. Eritrea has not responded to queries on reports of atrocities. — Reuters

These were the details of the news Men forced to rape family members in Ethiopia’s Tigray, says UN for this day. We hope that we have succeeded by giving you the full details and information. To follow all our news, you can subscribe to the alerts system or to one of our different systems to provide you with all that is new.