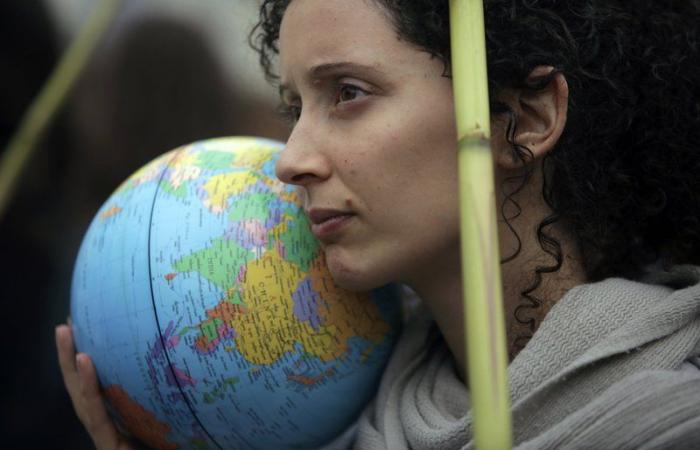 Mohamed Nass - Cairo - BRUSSELS (AP) — The European Union’s top court on Thursday rejected an effort by a Scandinavian youth group and eight families around the world to force the EU to set more ambitious targets for reducing greenhouse gas emissions, arguing that they were not “individually” affected by Europe’s climate policy.

Families from Kenya, Fiji, Germany, France, Italy, Portugal and Romania and the Swedish Sami Youth organization launched the legal action in 2018. They hoped to draw attention to the impact of climate policy on individuals and activists fighting for starving Arctic reindeer and other environmental issues.

The European General Court acknowledged that the plaintiffs are generally affected by climate change but rejected the case in 2019 on procedural grounds. The families and youth group appealed to the European Court of Justice, or ECJ, the bloc’s top court.

The ECJ upheld the lower court’s decision Thursday, saying the plaintiffs “are not individually concerned” by the EU’s climate legislation so the case won’t be heard.

After the legal effort was initially launched, the European Commission proposed a “European Green Deal” with more ambitious goals toward fighting climate change. European Union leaders reached a deal last year to cut the bloc’s net greenhouse gas emissions by at least 55 percent by 2030 compared with 1990 levels, more than the previous goal of 40 percent.

Experts say ending the use of fossil fuels is one of the most important measures needed to limit global warming, believed to be causing heavier storms, fiercer droughts and other weather problems damaging lives and livelihoods around the world.

FILE- In this November 29, 2019, file photo, a demonstrator holds a terrestrial globe in Lisbon during a worldwide protest demanding action on climate change. The European Union’s top court definitively rejected an effort by a Scandinavian youth group and eight families around the world to force the EU to set more ambitious targets for reducing greenhouse gas emissions. (AP Photo/Armando Franca, File)

These were the details of the news EU’s top court rejects effort to force tougher climate rules for this day. We hope that we have succeeded by giving you the full details and information. To follow all our news, you can subscribe to the alerts system or to one of our different systems to provide you with all that is new.