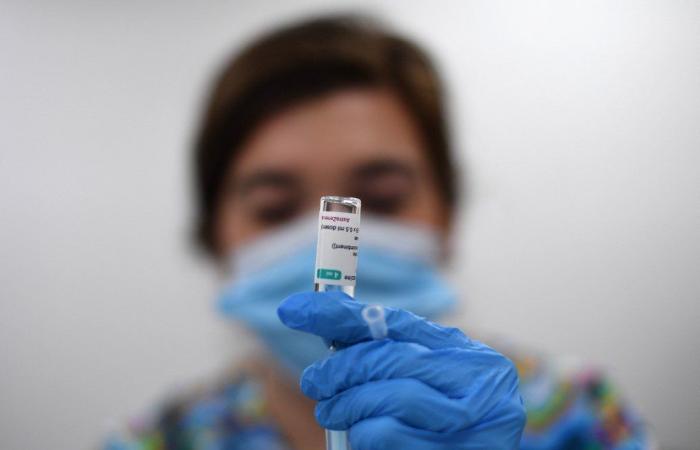 Thank you for reading the news about Middle-aged white women worst hit by long COVID-19: Study and now with the details

Jeddah - Yasmine El Tohamy - NEW DELHI: Indian Prime Minister Narendra Modi on Tuesday sent a letter to his Pakistani counterpart on the occasion of Pakistan’s Republic Day, calling for “cordial relations” between the two neighbors in a move that marks a major thaw between New Delhi and Islamabad.

The letter addressed to Prime Minister Imran Khan comes a month after both countries announced a ceasefire along the disputed border in Kashmir.

“As a neighboring country, India desires cordial relations with the people of Pakistan,” Modi wrote in the letter, adding that “an environment of trust devoid of terror and hostility is imperative.”

The two countries came close to war in early 2019 after a terror attack in South Kashmir’s Pulwama region killed more than 50 paramilitary troops.

The Feb. 14 bombing was the single deadliest attack in the divided region, and escalated tensions between India and Pakistan.

In response, India launched an airstrike against suspected militant training camps inside Pakistan, claiming to have killed “a very large number” of militants. However, Pakistan said the strike only damaged three trees in a forest.

Islamabad responded by shooting down an Indian fighter plane and capturing the pilot, who was returned to India as a peace gesture.

India has long accused Pakistan of cultivating militant groups in a proxy war against New Delhi. Pakistan denies the charge.

The relationship between the two neighbors deteriorated further after the abrogation of Kashmir’s special status.

In a dramatic move in August 2019, India scrapped the region’s constitutional autonomy and withdrew Kashmiris’ exclusive rights before placing the entire territory under a curfew for several months, denying residents their fundamental rights, and detaining hundreds of political workers and activists.

‘As a neighboring country, India desires cordial relations with the people of Pakistan,’ Modi wrote in the letter, adding that ‘an environment of trust devoid of terror and hostility is imperative.’

A day after Modi’s letter to Khan, senior Kashmiri leaders welcomed the revival of the peace process on Wednesday, but added a caveat — bitterness between the two neighbors can be addressed only after the Kashmir issue is discussed.

“In Kashmir, we have to suffer as a consequence of a bitter relationship between the two countries,” Abdul Ghani Bhat, a leader of the pro-freedom All Party Hurriyat Conference (APHC) political alliance, told Arab News on Wednesday.

Earlier on Tuesday, the APHC welcomed the “shift toward good neighborly relations between the two countries,” but warned that talks would bear fruit after an “atmosphere free of fear” was restored in the region.

“The APHC believes that unless on the ground in Kashmir an atmosphere free of fear, repression and human rights violations is not permitted, efforts at good neighborly relations will not bear fruit,” it said in a statement.

The alliance also demanded the “release of all political prisoners and youth in jails and under house detention” besides the end of the “policy of intimidation and harassment through agencies.”

India and Pakistan made sustained efforts for peace between 1998-2007, which was initiated by the current ruling Bharatiya Janata Party (BJP) in 1998 when it assumed office for the first time under the leadership of Atal Behari Vajpayee.

A year later, the Islamabad Joint Statement of 2004 was released, heralding the resumption of the peace process, and marking a decline in violence in Jammu and Kashmir.

The peace process continued under the leadership of former PM Manmohan Singh, who succeeded Vajpayee in 2004.

Both sides also signed a framework agreement that many believe could have provided a lasting solution to the Kashmiri conflict.

Despite a rupture in ties between the two countries after the 26/11 terror attacks on Mumbai in 2008, which claimed the lives of more than 175 people, both the neighbors kept the channel for dialogue open.

“I am happy that this government, after a long time in whatever influence and pressure, has woken up to talks with Pakistan,” former foreign minister Yashwant Sinha told Arab News on Wednesday.

Sinha was the external affairs minister during Vajpayee’s rule and one of the key figures to initiate dialogue with Pakistan in 1998.

“We should have talks, normal relations with Pakistan,” added Sinha, who dissociated himself from the BJP after Modi became prime minister and joined the regional Trinamool Congress (TMC) recently.

Sinha said that despite the change in circumstances after the abrogation of Kashmir’s special status, the “solution lied in dialogue.”

“The solutions have to be found through dialogue, not through war, and the current Pakistani leadership, particularly military leadership, is talking sense about peace talks, and we should take advantage of it,” he told Arab News.

New Delhi-based academic and writer Radha Kumar, who has been a former interlocutor in Kashmir, described the latest development as the “opening of a new window of opportunity” and a “course corrective” by India in Kashmir.

“It seems the government has started on course correctives and so I imagine that if not the withdrawal of the abrogation of the special status, certainly, maximum self-rule to Kashmir will have to come back to the dialogue table between India and Pakistan,” Kumar, former director of the think tank Delhi Policy Group, told Arab News.

She added that a peace process is essential to contain violent anger in Kashmir.

“The government, I am sure, must have understood that the situation in Kashmir is not sustainable. To avert violent anger in the region, you need a peace process,” Kumar said.

The conflict in Kashmir dates back to the late 1940s when India and Pakistan won independence from Britain and fought two wars over the Himalayan region.

These were the details of the news Middle-aged white women worst hit by long COVID-19: Study for this day. We hope that we have succeeded by giving you the full details and information. To follow all our news, you can subscribe to the alerts system or to one of our different systems to provide you with all that is new.