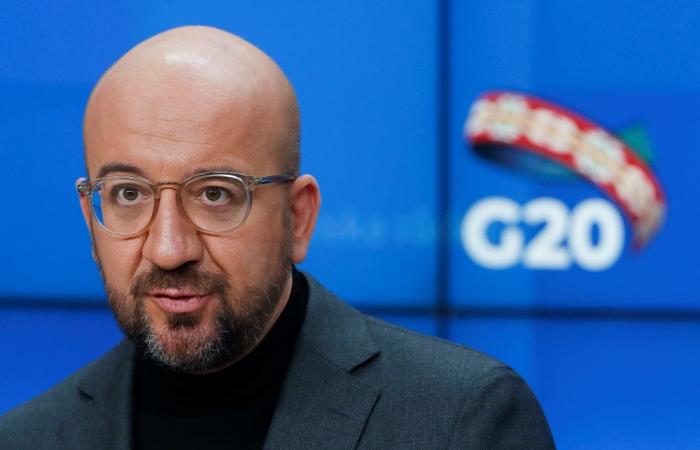 Relations with Turkey are on the table at a video summit of the EU’s 27 nations as the bloc plots a way forward after an alarming spike in tensions last year over Ankara’s gas exploration in the eastern Mediterranean.

European Council president Charles Michel, who is chairing the meeting, said the EU wanted to step up engagement with Turkey “in a phased, conditional and reversible manner”.

The EU is trying to build on recent conciliatory moves from Turkish President Recep Tayyip Erdogan and has put on hold sanctions over drilling in Cypriot waters.

The bloc has been encouraged by the resumption of talks with Greece over a disputed maritime border and by plans to restart UN peace efforts for divided EU member state Cyprus.

But EU leaders remain deeply wary of Erdogan and there are major concerns over Ankara’s recent moves to shut down an opposition party and its departure from a treaty on violence against women.

“The discussions (on Turkey) will not be easy but I hope that we will achieve a result,” German Chancellor Angela Merkel told lawmakers ahead of the summit.

“We expect Turkey to respect the standards of the rule of law.”

EU members are divided over their approach to Turkey, with Cyprus, Greece and France urging a tough line while others, led by economic powerhouse Germany, take a softer attitude.

Draft conclusions for the summit seen by AFP on Thursday said the bloc was “ready to engage” on areas of common interest and would “take further decisions” in June if Turkey continued to cooperate.

On the table is the prospect of meeting Turkish ambitions for top-level talks, preliminary moves to modernise a customs union and progress towards a potential liberalisation of visa rules.

But there is also the threat of renewed sanctions from the EU if Ankara backtracks, “to defend its interests and those of its member states”.

Any delay in stepping up cooperation could frustrate Erdogan, who urged “concrete results” from the summit in a call with EU chiefs Michel and Ursula von der Leyen tomorrow.

‘All options on table’

“There will be an increased vigilance during the coming months to determine in June if the conditions are met,” a European diplomat said.

“If a setback is observed, the EU will be able to defend its interests.”

A report by EU foreign policy chief Josep Borrell laid out the options and said the bloc could look to target Turkey’s key tourism sector if Ankara escalates tensions.

“The last month we have seen positive developments on the part of Turkey, but the situation remains fragile,” Borrell said at the start of the meeting.

“I have identified a couple of measures in a double track approach. On one hand positive measures and on the other hand measures that can be taken if the situation could become worse.”

Turkey is pressing Brussels to update a deal struck five years ago to stop large-scale migrant arrivals in the EU, many of them fleeing from the war in Syria, in return for billions of euros in aid.

But the deal has not stopped sniping from both sides.

The EU is refusing to reopen the agreement but looks set to offer Turkey more money for housing millions of refugees.

“We are ready to engage with Turkey on a positive agenda, to deepen relations if Turkey shows a lasting improvement in its intentions towards us,” another EU diplomat said.

These were the details of the news Wary EU leaders seek to build on thaw in Turkey ties for this day. We hope that we have succeeded by giving you the full details and information. To follow all our news, you can subscribe to the alerts system or to one of our different systems to provide you with all that is new.