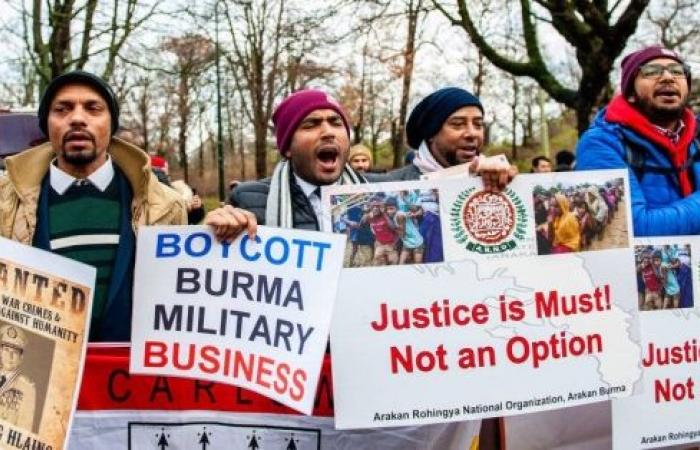 Hind Al Soulia - Riyadh - WASHINGTON — The United States on Thursday imposed sanctions on two conglomerates controlled by Myanmar's military as part of its measures to punish generals responsible for the Feb. 1 coup.

According to a statement from the US Department of Treasury, the sanctions target Myanma Economic Holdings Public Company Ltd (MEHL) and Myanmar Economic Corporation Ltd (MEC).

“The sanctions specifically target the economic resources of Myanmar’s military regime, which is responsible for the overthrow of Burma’s democratically elected government and the ongoing repression of the Burmese people. These sanctions are not directed at the people of Burma,” the statement read while referring to Myanmar to its old name, Burma.

“The United States stands with the people of Burma and urges a return to its democratically elected government,” said Andrea M. Gacki, director of the Office of Foreign Assets Control at the Treasury Department.

“By designating MEC and MEHL, Treasury is targeting the Burmese military’s control of significant segments of the Burmese economy, which is a vital financial lifeline for the military junta.”

According to the US Treasury Department, MEHL is a vast and secretive military conglomerate having business interests spanning Myanmar's economy, from banking, trade, logistics, construction, and mining to tourism, agriculture, tobacco, food, and beverage while MEC is a holding company with businesses in the mining, manufacturing, and telecommunications sectors, as well as companies that supply natural resources to the military and operate factories producing goods for use by the military. — Agencies

These were the details of the news US slaps sanctions on 2 Myanmar military-linked companies for this day. We hope that we have succeeded by giving you the full details and information. To follow all our news, you can subscribe to the alerts system or to one of our different systems to provide you with all that is new.