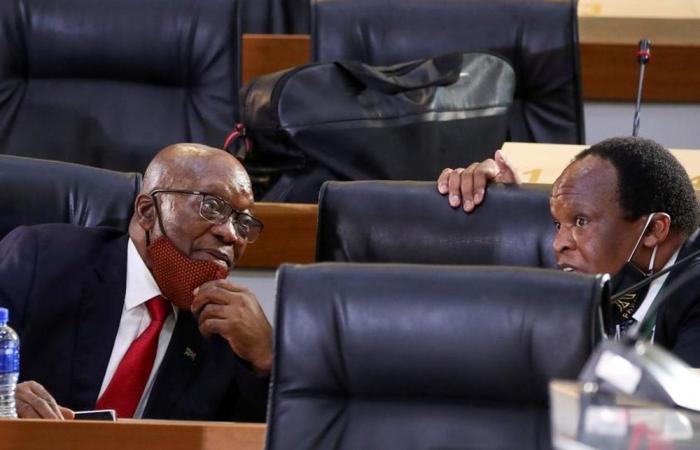 Hello and welcome to the details of S. Africa’s top court hears bid to jail ‘cynical’ Zuma for contempt and now with the details

Zuma has snubbed a government-appointed panel investigating the plunder of state coffers during his rule, claiming bias on the part of its chair, Deputy Chief Justice Raymond Zondo.

The former leader testified only once, in July 2019, before staging a walkout days later.

On January 28, the Constitutional Court ordered him to appear before the commission, but he ignored that order.

The commission’s lawyer Tembeka Ngcukaitobi said today that Zuma’s failure to comply with a court order was “deliberate and cynical” and “constitutes an assault” on the rule of law.

“His conduct must be seen for what it is, we are dealing with a cynical manoeuvre to avoid accountability.

“In his failure to comply, he also adopted a belligerent and defiant tone,” the lawyer told the top court in Johannesburg.

The commission’s lawyers said the 78-year-old must be jailed for contempt of court as his “status as former president does not protect him from the law”.

Zuma, accused of enabling runaway graft during his tenure in office, was forced to step down in 2018 over graft scandals mainly surrounding an Indian business family, the Guptas — who won lucrative contracts with state companies and were allegedly even able to choose cabinet ministers. — AFP

These were the details of the news S. Africa’s top court hears bid to jail ‘cynical’ Zuma for contempt for this day. We hope that we have succeeded by giving you the full details and information. To follow all our news, you can subscribe to the alerts system or to one of our different systems to provide you with all that is new.