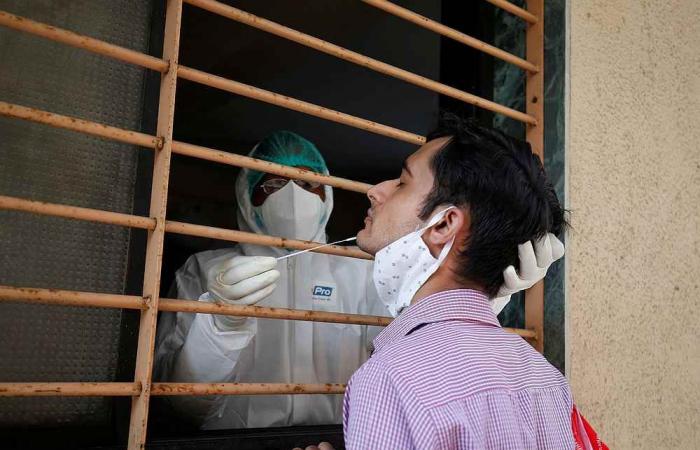 Hello and welcome to the details of India’s daily Covid-19 cases cross 50,000 on lockdown anniversary and now with the details

NEW DELHI, March 25 — India recorded more than 50,000 new coronavirus cases today for the first time since November as a new wave of infections takes hold a year after one of the world’s tightest Covid-19 lockdowns was imposed.

The government and Indian vaccine giant the Serum Institute meanwhile declined to comment on reports that New Delhi is restricting exports to prioritise domestic needs for its faltering inoculation drive.

The nation of 1.3 billion people was this month overtaken by Brazil as the second-most infected country after cases dipped in December and January from a peak of nearly 100,000 per day in September.

But recent weeks have seen an uptick, with health ministry data today showing almost 54,000 new infections over the previous 24 hours.

India’s strict lockdown has been steadily eased over the past year and in recent months most activity, including weddings, religious festivals and some cricket matches, returned to normal.

Now many regions are reimposing curbs, particularly in the hard-hit western state of Maharashtra where officials have launched random virus checks in crowded areas in the local capital Mumbai.

“Just to enter a mall, you have to give 250 rupees (RM14.50) over here, (and) that too with a queue of one hour,” said Mumbai resident Mohit Jain as he lined up to enter a shopping mall.

“It will cause a lot of inconvenience for the malls as well as for the customers also,” he told AFP.

The country’s known coronavirus cases are approaching 12 million, with more than 160,000 deaths.

The health ministry said Wednesday that the variants first detected in Britain, South Africa and Brazil have been found in India, but not in “numbers sufficient to either establish (a) direct relationship or explain the rapid increase in cases in some states”.

‘Look after its own citizens’

This week, it decided to allow all over-45s to be inoculated as it attempts to vaccinate 300 million people by August.

India is a major vaccine supplier to poorer nations, having so far sent more than 60 million doses to 76 countries, mostly AstraZeneca shots manufactured by the Serum Institute.

The Hindustan Times newspaper reported today citing unnamed sources that there will be no expansion of vaccine exports while India focuses on ramping up its domestic immunisation drive.

“(It) would be good if the government decides to stop the export and look after its own Indian citizens first,” Delhi resident Beulah Pillay, 62, said as she received her first dose. — AFP

These were the details of the news India’s daily Covid-19 cases cross 50,000 on lockdown anniversary for this day. We hope that we have succeeded by giving you the full details and information. To follow all our news, you can subscribe to the alerts system or to one of our different systems to provide you with all that is new.