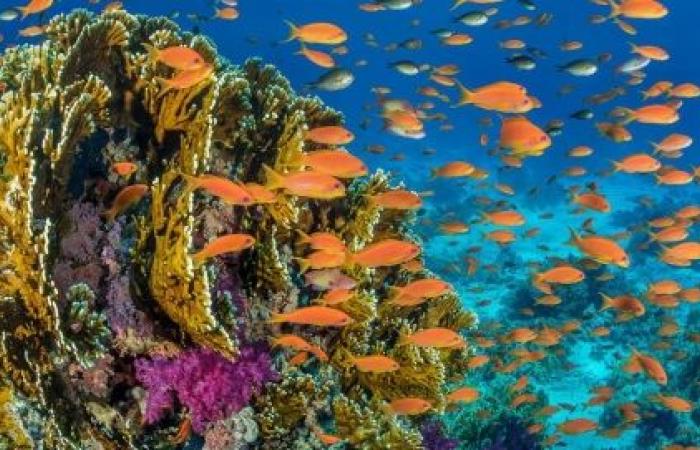 We show you our most important and recent visitors news details Biodiversity at risk, threatens human survival, UN forum hears in the following article

Hind Al Soulia - Riyadh - PARIS — As the living tissue of the earth, biodiversity is “intimately linked to human health” the head of the UN’s scientific agency told a global forum on Wednesday, noting that “we are part of that living tissue”.

Director-General of the UN Educational, Scientific and Cultural Organization (UNESCO) Audrey Azoulay opened the UNESCO forum on biodiversity by pointing out that one year after its emergence, the COVID-19 pandemic has confirmed what we had already known; “by threatening biodiversity, humanity is threatening the conditions for its own survival”.

“The pandemic demonstrated that human health depends on the health of living things”, she said flagging that it is “imperative to rethink our development models”.

Biodiversity protection is at the forefront of UNESCO’s ambition along with ocean sciences “to rebuild humanity's relationship with nature and with living beings”, Azoulay stated.

In kicking off the forum, Ms. Azoulay officially launched the 50th anniversary of UNESCO’s “Man and the Biosphere (MAB) program, which envisioned territories where people could create new ways to enhance the relationship between people and nature.

“Fifty years later, this vision is no longer a mere theory, as 275 million people now live in the 714 UNESCO biosphere reserves in 129 countries”, she said, adding that together with the 252 World Heritage Sites and geoparks, “six percent of the world’s landmass — equivalent to the surface of China — is protected”.

As a so-called “super year” for biodiversity, UNESCO will join with partners to set new objectives for the coming decade.

“Our goal is to preserve 30 percent of the planet in protected areas”, Azoulay said, noting that caring for the planet means preserving the climate, protecting biodiversity, and fighting against declining ocean health — another UNESCO priority.

Earlier this year, the UNESCO chief heralded the UN Decade of Ocean Science.

“We now have ten years to better understand and preserve the ocean, to reforge the relationship between humans and the seas and, in the process, to make important strides towards protecting biodiversity and the environment”, she said.

UNESCO is also strongly committed to enhancing education programs dealing with the natural world, and has called on its 193 member states to “better integrate sustainable development and nature into curricula”.

And to guarantee that education gives future generations the tools they need to save the planet, the UN agency is compiling a global framework of best practices in the field.

“Many other important milestones lie ahead of us — and this UNESCO Forum aims to be a launchpad for these major events”, she said, pointing to the IUCN World Conservation Congress in Marseille, the COP26 climate summit in Glasgow, and the COP15 biodiversity convention in Kunming.

“We need a collective commitment, which brings together civil society and the private sector”, the UNESCO chief said.

Many other luminaries lent their voices to amplify the urgency of the situation, including Pope Francis, who urged everyone to see climate change as “much more of a moral than a technical issue”.

UN sustainable development goals advocate, Hindou Oumarou Ibrahim, warned that “if our environment disappears, who we are, our identity and our way of life will disappear with it”.

And UN special envoy for the ocean, Peter Thomson, underscored that “we cannot have a healthy planet without a healthy ocean.” — UN news

These were the details of the news Biodiversity at risk, threatens human survival, UN forum hears for this day. We hope that we have succeeded by giving you the full details and information. To follow all our news, you can subscribe to the alerts system or to one of our different systems to provide you with all that is new.