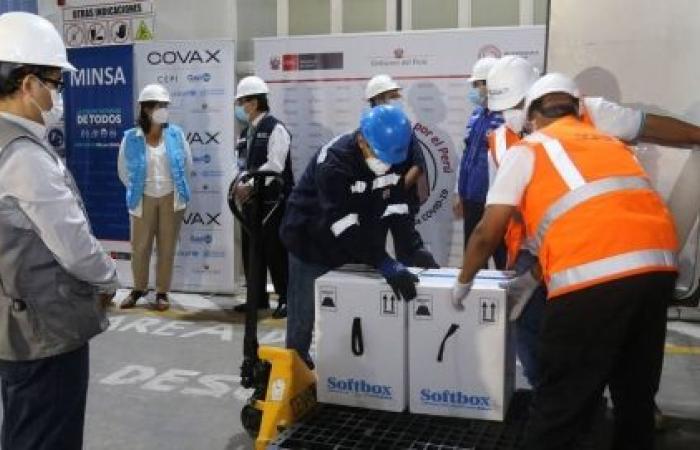 We show you our most important and recent visitors news details Global COVID-19 infections rise for fourth consecutive week, deaths level off: WHO in the following article

Hind Al Soulia - Riyadh - GENEVA — COVID-19 confirmed cases continued to rise around the world for a fourth consecutive week, with around 3.3 million new cases reported in the past seven-day period, the UN health agency said on Wednesday.

The number of new deaths from the coronavirus leveled off after a six-week decrease, with just over 60,000 new deaths reported.

Europe and the Americas continued to account for nearly eight in 10 of all cases and deaths, while the only region to report a decline in fatalities was the Western Pacific, down nearly a third, compared to the previous week.

In the African region and the Americas, infection numbers have remained stable in recent weeks, although WHO pointed to “concerning trends” in some countries within these regions.

These include Brazil, where the highest numbers of new cases were reported (508,010 new cases in a week, representing a three percent increase)

WHO said that the latest data on coronavirus variants of concern indicates that the so-called “UK” strain is present in 125 countries, across all six global regions.

This variant (VOC202012/01) may be associated with an increased risk of hospitalization, severity, and mortality, WHO noted, pointing to a study involving 55,000 COVID-19 patients between last October and January, where deaths from the UK variant were 4.1 per 1,000, compared with 2.5 per 1,000 among those infected with the previously circulating coronavirus.

On a more positive note, data from vaccine tests conducted in England from December 2020 to February 2021 — when VOC202012/01 was very prevalent — “showed the early real-world effectiveness of the Pfizer/BioNTech and AstraZeneca vaccines against confirmed COVID-19, hospitalizations and deaths”, WHO explained.

The so-called “South African” variant (501Y.V2) — is now present in 75 countries across all regions, WHO continued, in “over 90 percent of sequenced specimens in some settings”.

Highlighting the results of a study comparing hospital admissions in South Africa during the peak of the first wave of the coronavirus in mid-July 2020 with the second wave that peaked in January 2021 — when variant 501Y.V2 was the predominant variant — WHO pointed out that “the risk of in-hospital mortality increased by 20 percent”.

The third variant of concern, P.1, was reported in three additional countries in the last week, bringing the total to 41 nations across all regions.

WHO cited a recent analysis of hospitalizations and frequency of P.1 in Manaus city, Amazonas State, Brazil, where it was first detected, noting that it has spread widely.

“Based on the preliminary findings, P.1 is found to be 2.5 times more transmissible ... compared to the previously circulating variant, while the reinfection probability was found to be low (at) 6.4 percent.” — UN news

These were the details of the news Global COVID-19 infections rise for fourth consecutive week, deaths level off: WHO for this day. We hope that we have succeeded by giving you the full details and information. To follow all our news, you can subscribe to the alerts system or to one of our different systems to provide you with all that is new.