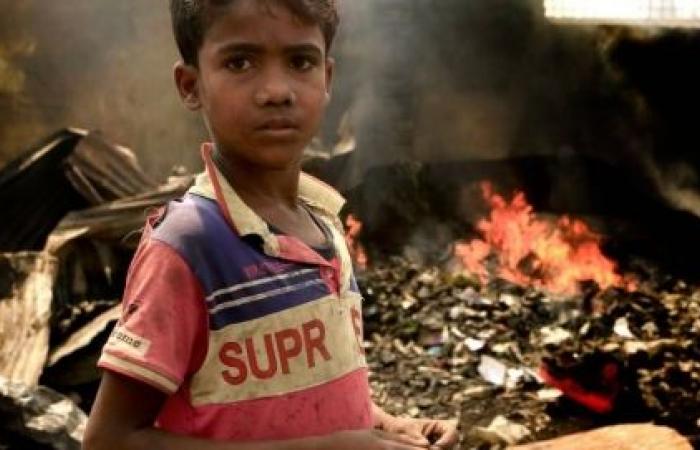 The blaze displaced more than 45,000 mostly Rohingya refugees originally from neighboring Myanmar and destroyed the camp’s main hospital and other important health, nutrition, and education centers. Eleven people are reported to have died in the fire and about 400 are still missing.

“This fire has ripped through one of the most vulnerable communities in the world. Rohingya refugees need our support now more than ever, as the pandemic continues to take its toll and they approach the monsoon season”, Mark Lowcock, UN Emergency Relief Coordinator, said.

“Rohingya refugees themselves have always stood shoulder-to-shoulder with the aid workers, volunteering their services to support response efforts in the camps. Now is the moment for the international community to stand by them.”

According to the UN Office for Coordination of Humanitarian Affairs (OCHA), the money from the Organization’s Central Emergency Response Fund (CERF) will help set up and rebuild shelter and provide affected people with food, water and sanitation services, mental and psychosocial health assistance and other emergency support.

The Kutupalong camp network, the largest refugee camp in the world, is home to the vast majority of more than 800,000 Rohingya refugees sheltering in Cox’s Bazar.

UN humanitarian teams have been on the ground since the fire was first reported, fighting the blaze as well as, evacuating people, providing first aid, food, and water, and helping trace missing family members.

According to the UN International Organization for Migration (IOM), as of Wednesday, about 2,000 families have been provided with shelter and non-food-item kits to help with the initial cleaning and setting up of temporary shelters.

Manuel Marques Pereira, deputy chief of mission at IOM Bangladesh, said that these basic elements will provide affected refugees with some dignity, as they rebuild their lives.

A critical activity over the next coming weeks will be to improve shelter conditions and provide basic sanitation, before the monsoon season starts, bringing months of torrential rain and heavy wind, he added.

“We want to use this process with the community to help convince them that we need wider roads, fire bricks, we need different layout and we need some arrangement that makes the entire Camp 9 [(the worst affected by the fire) and the surrounding camps communities much safer, much stronger and the capacity to cope with the challenges that will come ahead”, Mr. Pereira said.

The UN Central Emergency Response Fund (CERF) pools contributions from donors — mainly governments, but also, foundations, companies, charities, and individuals — into a single fund, and then releases them for urgent needs. It is one of the fastest and most effective ways to help people affected by crises.

Since its creation in 2005, CERF has assisted hundreds of millions of people with almost $7 billion across more than 100 countries and territories.

The fund is managed by the UN emergency relief coordinator, on behalf of the secretary-general. — UN news

These were the details of the news UN emergency fund allocates $14mn for Rohingya refugees left homeless by massive fire for this day. We hope that we have succeeded by giving you the full details and information. To follow all our news, you can subscribe to the alerts system or to one of our different systems to provide you with all that is new.