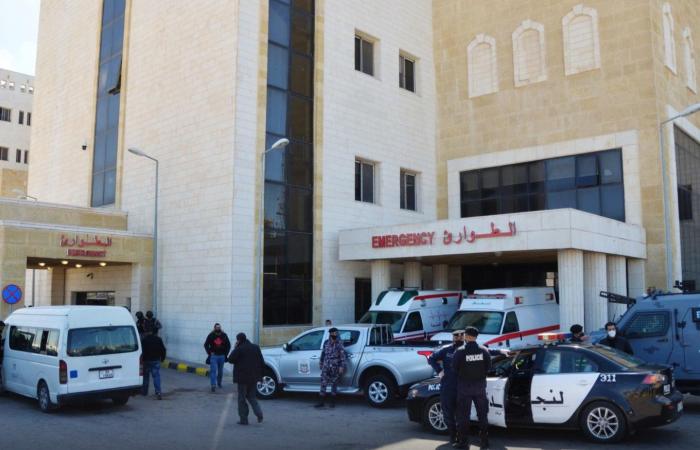 You are now following the details of the Jordan police detain scores of activists, break up protests news and now we leave you with the details

Police in Amman handcuffed several people who defied a government ban on protests and rounded up others who approached the Dakhiliya roundabout, witnesses said. There was heavy security presence, and dozens of anti-riot vehicles encircled the major artery to stop any gathering.

“This is Jordanian democracy,” shouted one of the protesters. Other activists demanded an end to emergency laws introduced with the COVID-19 pandemic last year, which civic groups say violate civil and political rights.

Witnesses said small protests were broken up in several cities across the country and prominent activists were arrested.

Jordan’s disparate opposition groups had called for a large demonstration in Dakhiliya roundabout, the site of large protests in 2011 demanding regime change during the Arab Spring that shook governments from Tunisia to the Gulf.

Those Jordanian protests later turned violent, and one protester was killed and dozens injured in clashes between demonstrators and police.

The government, which has in recent years clamped down on dissent, this month used tear gas to break up nationwide protests after hundreds of demonstrators took to the streets, angered by an extended pandemic curfew.

Interior Minister Mazen al Faraya said the kingdom would not tolerate protests that would worsen the health crisis.

Despite growing frustration, King Abdullah and his Hashemite dynasty enjoy solid public support, and the king acts as a unifying force among native Jordanian tribes and Jordanian Palestinians.

Politicians worry that economic hardship caused by the pandemic could reignite civil unrest in Jordan.

These were the details of the news Jordan police detain scores of activists, break up protests for this day. We hope that we have succeeded by giving you the full details and information. To follow all our news, you can subscribe to the alerts system or to one of our different systems to provide you with all that is new.