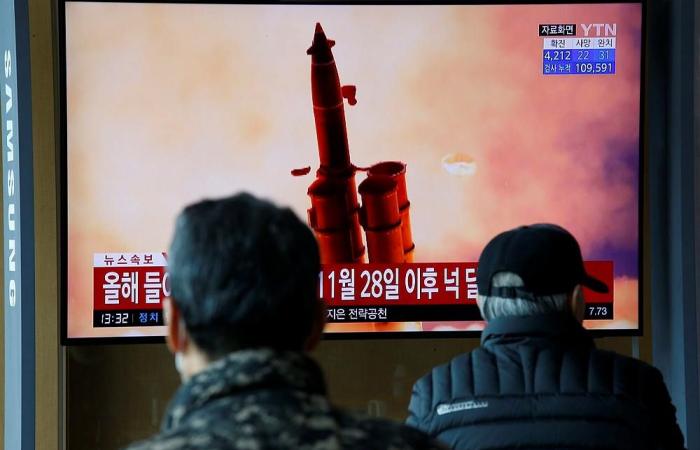 SEOUL, March 25 — North Korea fired two projectiles into the sea early today, the South’s military said, in what could be its first ballistic missile test during the administration of Joe Biden.

The nuclear-armed North has a long history of using weapons tests as provocations, in a carefully calibrated process to forward its objectives.

After a tumultuous relationship between leader Kim and president Donald Trump, Pyongyang had been biding its time since the new administration took office, not even officially acknowledging its existence until last week.

Seoul’s joint chiefs of staff said in a statement that the “unidentified projectiles” were launched into the Sea of Japan, known as the East Sea in Korea, from South Hamgyong province.

No further information on the device type was immediately available, but they added the military had “strengthened its monitoring posture in close coordination with the US”.

“It’s been a year since they last launched a missile,” he told reporters. “This threatens the peace and security of our country and the region. It is also a violation of the UN resolution.”

The North is banned from developing ballistic missiles under UN Security Council resolutions, and is under multiple international sanctions over its weapons programmes.

But it has made rapid progress in its capabilities under Kim, testing missiles capable of reaching the entire continental United States as tensions mounted in 2017.

Today’s launch comes after Pyongyang fired two short-range, non-ballistic missiles in a westerly direction towards China at the weekend.

US officials played that down as not a violation of UN resolutions, with Biden telling reporters: “According to the Defense Department, it’s business as usual.”

It followed joint exercises by the US and South Korean militaries and a visit to the region by US Secretary of State Antony Blinken and Defense Secretary Lloyd Austin to discuss alliance and security issues.

During their trip to Seoul and Tokyo, Blinken repeatedly stressed the importance of denuclearising Pyongyang.

That prompted North Korean first vice foreign minister Choe Son-hui to accuse the US of a “lunatic theory of ‘threat from North Korea’ and groundless rhetoric about ‘complete denuclearisation’.”

Washington is reviewing its approach to the North after a tumultuous relationship between president Donald Trump and leader Kim, which went from trading insults and threats of war to a diplomatic bromance and several meetings, but made no substantive progress towards denuclearisation.

But their February 2019 meeting in Hanoi broke up over sanctions relief and what the North would be willing to give up in return.

Communications then dried up, despite a third encounter in the Demilitarized Zone that divides the Korean peninsula.

The two-month-old Biden administration hopes to restart negotiations on the North’s nuclear arsenal but officials say there has been no response to their initial outreach.

US officials are now finalising a strategy to restart talks that the White House will discuss with Japanese and South Korean security officials next week, an administration official said. — AFP

These were the details of the news South Korea says North fired ‘projectiles’ into sea for this day. We hope that we have succeeded by giving you the full details and information. To follow all our news, you can subscribe to the alerts system or to one of our different systems to provide you with all that is new.