Amid setbacks, prosecutors abandon some claims in US Capitol riot cases 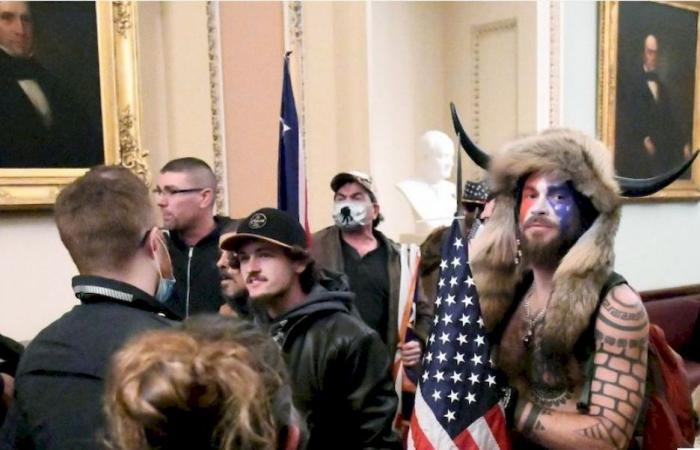 Hello and welcome to the details of Amid setbacks, prosecutors abandon some claims in US Capitol riot cases and now with the details

WASHINGTON, March 25 — Prosecutors made some serious claims after the deadly US Capitol attack, saying they had evidence rioters planned to kill elected officials, suggesting a Virginia man at the building received directives to gas lawmakers, and accusing another suspect of directing mayhem on January 6 with encrypted messages.

But the Justice Department has since acknowledged in court hearings that some of its evidence concerning the riot — carried out by a mob of supporters of former President Donald Trump to try to overturn his election loss — is less damning than it initially indicated.

The department suffered another blow this week when US District Judge Amit Mehta threatened to impose a gag order on prosecutors after Michael Sherwin, its former head prosecutor on the Capitol cases, told CBS’s 60 Minutes programme that evidence pointed toward sedition charges against some defendants.

A charge of sedition — meaning incitement of a rebellion — has not been brought against any of the more than 400 people arrested to date. The most serious charges have been assault, conspiracy and obstruction of Congress or law enforcement.

Prosecutors are in the early stages of building criminal cases ahead of the trials stemming from an attack that left five people dead including a police officer, forced lawmakers to hide for their own safety and interrupted the formal congressional certification of President Joe Biden’s election victory.

But missteps by the government could harm its credibility as accused ringleaders begin asking courts to drop some of the most serious charges.

“They are trying to build the most horrendous cases they can because the public wants it — and this is politicising criminal justice,” said Gerald B. Lefcourt, who for decades has represented high-profile defendants in political demonstrations, including Black Panther leaders and “Chicago Seven” trial figure Abbie Hoffman.

Prosecutors are focused on investigating whether rioters conspired in advance. Sherwin established a task force focused on whether to bring seditious conspiracy charges.

About two dozen defendants are facing conspiracy charges including 10 people accused of ties to the right-wing anti-government Oath Keepers militia.

On January 19, prosecutors said they believed Thomas Caldwell, a retired US Navy officer from Virginia, had a “leadership role” within the Oath Keepers. The FBI, in a criminal complaint, described Facebook messages Caldwell allegedly sent and received “while at the Capitol,” including one urging him to turn on the gas and tear up the floorboards.

“‘All members are in the tunnels under capital seal them in. Turn on gas,’” it read.

A prosecutor in Florida read those words aloud in February in a bid to convince a judge to detain two of Caldwell’s co-defendants. Prosecutors now acknowledge that Caldwell was not even a dues-paying member of the Oath Keepers and that they lack evidence he ever entered the Capitol.

There also are questions about the Facebook messages. Caldwell’s lawyer said in a March 10 court filing those messages were sent by two men who were more than 100 km away at the time and had no connection to the Oath Keepers. The comments were apparently satirical, albeit “tasteless,” his lawyer said, and Caldwell never responded to them.

Prosecutors have made no references to these Facebook messages in subsequent indictments and court filings. The judge has since released Caldwell on home detention, saying: “There’s evidence here that I think is favourable to Mr. Caldwell.”

Caldwell has pleaded not guilty.

In January, prosecutors in Arizona who were seeking to detain a man named Jacob Chansley, famously pictured inside the Capitol donning face paint and horns on his head, said they had “strong evidence,” including “Chansley’s own words and actions,” that the “intent of the Capitol rioters was to capture and assassinate elected officials.” They reversed course the next day.

In another case, prosecutors said in a March 1 court filing that Ethan Nordean, a member of the right-wing Proud Boys group, “dressed all in black, wearing a tactical vest, led the Proud Boys through the use of encrypted communications.” Prosecutors subsequently acknowledged that Nordean’s cell phone battery died on January 6 and was not functioning the entire day.

A judge denied a prosecution bid to jail Nordean, citing a “dearth of evidence” that he directed others to use or carry weapons. Prosecutors are now making a third attempt to have him detained.

Michael Ferrara, a former federal prosecutor now with the law firm Kaplan Hecker & Fink LLP, said while bail arguments do not require the same high standard of proof as criminal trials and can sometimes venture into “hyperbole,” some of the potential issues with the evidence in the Oath Keepers case could haunt prosecutors.

If it turns out prosecutors misunderstood the meaning of certain text messages, that would not be a “small error,” Ferrara said. This could “colour the way the judge sees this case going forward” and impact outcomes on everything from plea deals to motions to dismiss charges, Ferrara added. — Reuters

These were the details of the news Amid setbacks, prosecutors abandon some claims in US Capitol riot cases for this day. We hope that we have succeeded by giving you the full details and information. To follow all our news, you can subscribe to the alerts system or to one of our different systems to provide you with all that is new.