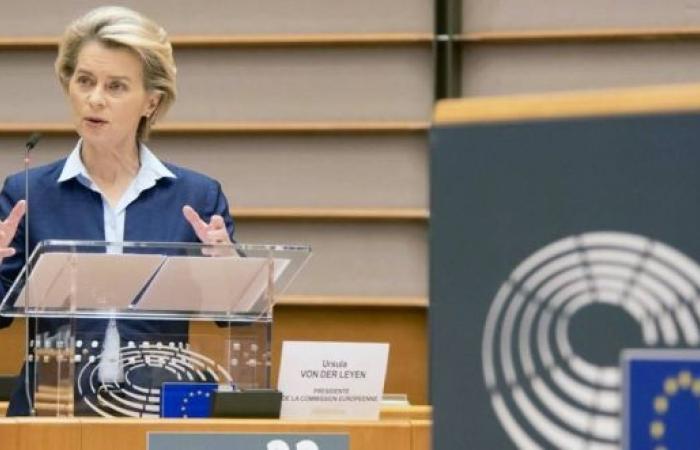 Hind Al Soulia - Riyadh - BRUSSELS — The European Union on Wednesday introduced tougher controls on vaccine exports, saying any shipment of vaccine would be assessed on the country’s rate of vaccinations and vaccine exports.

“While our member states are facing the third wave of the pandemic and not every company is delivering on its contract, the EU is the only major OECD producer that continues to export vaccines at large scale to dozens of countries,” said the European Commission President Ursula von der Leyen.

“But open roads should run in both directions. This is why the European Commission will introduce the principles of reciprocity and proportionality into the EU’s existing authorization mechanism,” she noted.

A European Commission press release clarified that the new regulation introduced two changes to the existing mechanism. One is reciprocity, which meant the designation country restrict its own exports of vaccines or the raw material either by law or other means.

Secondly proportionality, which meant the conditions prevailing in the destination country better or worse than the EU’s, in particular its epidemiological situation, its vaccination rate and its access to vaccines.

The member states and the Commission should assess whether the requested exports do not pose a threat to the security of supply of vaccines and their components in the Union, it said.

The European Commission had launched a new mechanism on Friday to monitor and in some cases block coronavirus vaccine exports out of the bloc. The move comes amid a row with the British-Swedish pharmaceutical giant AstraZeneca over vaccine deliveries.

The EU has voiced concerns that vaccine doses could be sent abroad before companies fulfill their obligations in the bloc. "We need to be efficient and ensure vaccines reach people across the EU," European Commission Executive Vice President Valdis Dombrovskis said.

Stella Kyriakides, the commissioner for health and food safety, said the EU is working with companies to ensure the vaccines are delivered. "It depends on all parties living up to their contractual, social and moral responsibilities," she said.

The new mechanism is a transparency register that keeps track of which companies export vaccine doses to which countries. Under the mechanism, national authorities can move to block the exports if they consider the company's commitments to the EU unfulfilled.

The order is expected to come into effect on Saturday and is expected to run until at least the end of March. The plan only applies to coronavirus vaccines that were agreed upon in advance purchase agreements between pharma companies and the Commission.

Companies will need to apply for authorization to export the doses outside Europe, as well as showing their records for the past three months. The EU did include a list with dozens of exemptions to the new export rules.

Most European countries that are not members of the bloc are exempt from the new mechanism — including Norway, Switzerland, Serbia and others. However, the United Kingdom, which left the EU last year, is not exempt.

The UK expressed "concern" over the bloc's export control measures — saying the move violates the terms of its Brexit deal with the EU allowing for goods to flow across the Irish border.

These were the details of the news EU introduces tighter controls on vaccine exports for this day. We hope that we have succeeded by giving you the full details and information. To follow all our news, you can subscribe to the alerts system or to one of our different systems to provide you with all that is new.