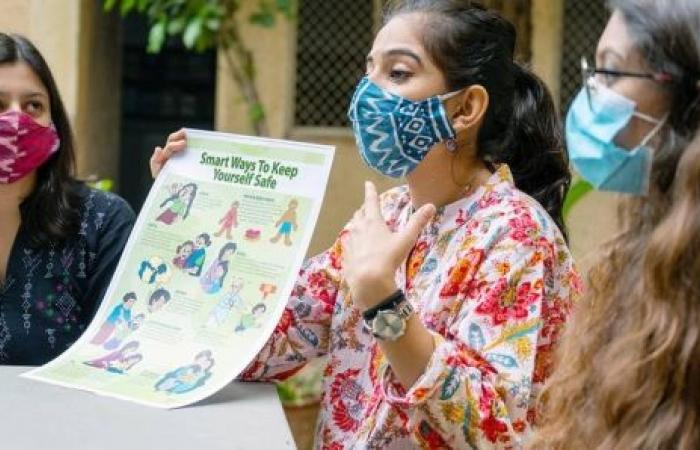 Hind Al Soulia - Riyadh - NEW YORK — Ending violence against women in politics is critical to encouraging more women to participate in public life, the President of the UN General Assembly said on Tuesday.

Volkan Bozkir convened experts from the UN, academia and civil society for an online discussion to examine links between political leadership and preventing violence targeting women and girls.

“If we are to protect and uphold the rights of the people we serve, those who govern should reflect those who are governed. In short: we need to elect more women,” he said.

“We need to remove barriers to participation, and end violence against women in politics. I believe that this is crucial to ensuring that more women enter — and remain active — in politics.”

The world is still struggling to combat violence against women more than two decades after the landmark Beijing Conference on women’s rights, Bozkir said, and the spike in cases during the COVID-19 pandemic, serves as a testament.

Gender-based violence is also a pandemic, according to Krishanti Dhamaraj, executive director of the Center for Women’s Global Leadership at Rutgers University in the United States. She said nearly two billion women worldwide are affected, and around 66,000 are killed annually, though numbers could be higher.

Dhamaraj proposed taking a human rights approach to prevention by acknowledging women’s right to safety and “bodily integrity”; a view supported by the UN Special Rapporteur on Violence Against Women, Dubravka Simonovic.

“We are looking into vaccines against COVID-19. But what about a vaccine against gender-based violence against women as a human rights violation pandemic?” said Simonovic.

Simonovic also spoke of her research on issues such as intimate partner killings and femicide. She lamented the lack of data across countries, as it could be used to compare and monitor incidence, though she noted some governments have established “femicide observatories” or similar mechanisms.

No progress without men

The Secretary General of the Interparliamentary Union (IPU) Martin Chungong argued that national legislatures must show political leadership in preventing discrimination and violence against women, given that making laws and ensuring government accountability are among the “powers” they wield.

Although two-thirds of countries worldwide have laws on ending violence against women, Chungong acknowledged that enforcement remains a challenge. Parliament again has a role to play here, he said, by “holding the feet of the government and other stakeholders to the fire, to make sure that laws are implemented as they are meant to be.”

The IPU chief said governments also must listen to survivors of gender-based violence so their interests are reflected in law. “And, of course, we need the budgetary allocations”, he added, highlighting how parliaments have “the power of the purse” to implement policies.

Chungong also stressed that men must be recruited into the global fight to end violence against women, stating “without the involvement of men, I think our efforts will be doomed to fail.” — UN News

These were the details of the news Experts debate links between political leadership and preventing violence against women for this day. We hope that we have succeeded by giving you the full details and information. To follow all our news, you can subscribe to the alerts system or to one of our different systems to provide you with all that is new.