Keiko Fujimori plans to ‘save Peruvians’ if elected president 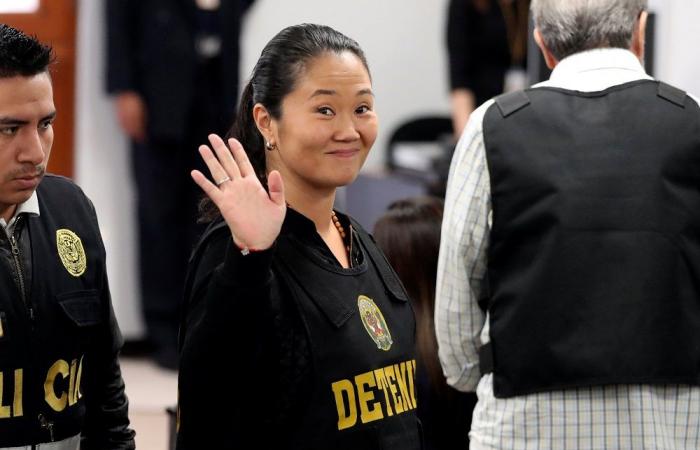 LIMA, March 24 — Despite facing a potential 30-year prison sentence for corruption, Keiko Fujimori is determined to follow in her father’s footsteps and claim Peru’s presidency at the third attempt.

The 45-year-old, who failed already in 2011 and 2016, says she wants to “save Peruvians from death and hunger” if successful this time around in the April 11 general election.

But she’ll have to stay out of prison to do that, and two weeks ago prosecutors said they would seek a 30-year jail term for Fujimori, who is accused of accepting US$1.2 million in illicit funding for her previous presidential bids.

She has already spent 16 months in pre-trial detention and since her release by a judge in May 2020 her thirst for power has not abated.

“My intention is to save Peruvians from the death and hunger that is happening in our country,” Fujimori told AFP from her home in an upmarket neighbourhood east of the capital Lima.

She feels the country’s current pandemic-inflicted travails are similar to the situation her disgraced father Alberto Fujimori faced when he took power in 1990.

Peru has suffered more than 50,000 deaths from Covid-19 and registered over 1.4 million infections amongst the population of 32 million.

“The health and economic tragedy reminds me of the years of terrorism and economic crisis. It’s a very dramatic situation and Fujimorism has shown it has the ability to take our country forward in such difficult moments,” said Keiko Fujimori.

During a decade in power, Alberto Fujimori was credited with solving Peru’s twin problems of hyperinflation and the terrorism wrought by the far-left Shining Path rebels.

But the 82-year-old has since been sentenced to 25-years in prison for crimes against humanity during his presidency and is also being investigated over the forced sterilisation of hundreds of thousands of poor, mostly indigenous women during his final four years in power.

Even so, his daughter reiterated her recent pledge to pardon him should she be voted into power.

“Yes, I will pardon him, I’ve changed my position,” she said.

“After more than 13 years in prison and having been in prison myself, and having sought my father’s freedom through legal means and having not received justice, I will do it.”

No abortion for rape victims

With her conservative neo-liberalism, Fujimori is oscillating between third and fourth in opinion polls with just eight per cent of the vote.

However, none of the 18 presidential candidates is polling more than 15 per cent and 30 per cent of respondents say they’re undecided.

Even if she was to win, her Popular Force party would need to form alliances in Congress in order to govern.

“The search for consensus will be essential for all the groups that arrive in parliament, and in Popular Force it’s essential to build bridges, no matter who wins the presidency,” she said.

One thing for sure, though, is that Fujimori is not planning on deviating from her hardline stance on abortion and gay marriage.

Peru already has some of the toughest laws against abortion in the region.

“We defend life and the family and, in the case of abortion, I’ve indicated that the only allowed abortion will be therapeutic, the one that defends the mother’s life,” she said, while categorically ruling out abortion for rape victims.

“We’re in favour of patrimonial unions, those that defend heritage and the right to inherit. Marriage is between a man and a woman,” she added. — AFP

These were the details of the news Keiko Fujimori plans to ‘save Peruvians’ if elected president for this day. We hope that we have succeeded by giving you the full details and information. To follow all our news, you can subscribe to the alerts system or to one of our different systems to provide you with all that is new.