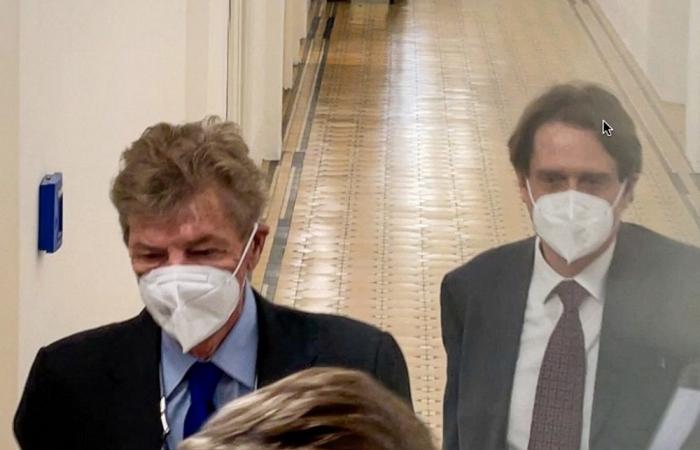 Prince Ernst, 67, was also required by the court to find another home in Austria and attend psychotherapy.

The Wels Court, which handed down the verdict, was not immediately available to confirm the news.

The prince had faced up to three years in prison in the trial that flowed from events in the summer of 2020, magistrate Gerlinde Hellebrand told AFP earlier.

He had apologised at the start of the court session but decided to plead not guilty.

While under the influence of alcohol and medication, he was accused of having injured an officer in mid-July when police intervened at his hunting lodge in Gruenau.

Five days later, he threatened to hit a female police officer with a baseball bat, according to the charge sheet.

And in September, the prince was arrested on charges of threatening employees.

His lawyers explained during the trial that he had undertaken treatment since the incidents, which they said occurred while he had been “isolated for years and betrayed by his own son”.

The head of a German dynasty of one of Europe’s biggest aristocratic families has for years been in conflict with his son, whom he suspects of seeking to squander family properties in Germany, especially land and forests in Lower Saxony.

At the end of last year he filed a lawsuit in a court in Hanover in northern Germany in order to recover the Marienburg castle, which has become a tourist attraction.

Known for his tempestuous nature, Ernst August of Hanover, the great-grandson of emperor William II, is married to Princess Caroline of Monaco but they separated in 2009. — AFP

These were the details of the news Prince Ernst given 10-month suspended jail term in Austria for this day. We hope that we have succeeded by giving you the full details and information. To follow all our news, you can subscribe to the alerts system or to one of our different systems to provide you with all that is new.