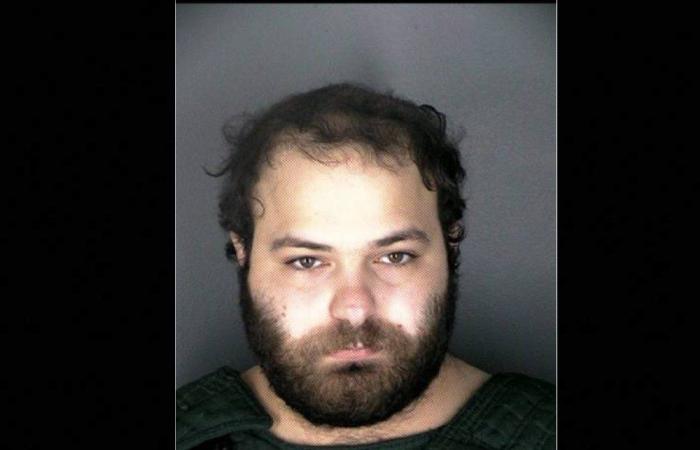 LONDON: A man who owned a collection of bomb-making manuals, far-right memorabilia and video footage of the Christchurch mosque shootings has been convicted of terror offenses in the UK. Nicholas Brock, 53, was found guilty of three charges of possessing information useful for terrorism.

During a raid on his home in the town of Maidenhead in 2019, police officers found three banned documents in a folder on a hard drive labeled “military files.” It contained manuals for an AK47 assault rifle, others for US Army pistol training, and a copy of a document known as the “Al-Qaeda Manual.”

Police also found electronic documents with instructions for making explosives and attacking people with knives. Brock also had videos of beheadings and unedited video footage filmed by convicted terrorist Brenton Tarrant as he shot and killed 51 people at two mosques in Christchurch, New Zealand in March 2019. He had a collection of anti-Muslim and racist memes saved in a folder on another electronic device, Kingston Crown Court heard, and he owned Nazi weaponry and memorabilia, along with other white-supremacist material.

When questioned by the police, he claimed he was not interested in far-right ideology but simply a military collector who focused on the First and Second World Wars.

Emma Gargitter, prosecuting, told the court that Brock’s room in the house where he lived with his mother, was “filled to the brim with an eclectic mix of items, among them items demonstrating an interest in extreme right-wing and white-supremacist ideology.”

Brock had “no legitimate reason for possessing such information” and was not “an academic or a self-defense specialist,” Gargitter said.

“These are not everyday items or collectible memorabilia but publications which contain detailed advice on how to create explosive devices, on how to kill and how to maim,” she added.

Edward Butler, defending, argued that possession of such material is not enough to suggest that Brock would have committed a terrorist attack.

“Some of the material we have viewed, and the allegations against Mr. Brock, are unpleasant and appalling,” he told the jury. “But this is not enough evidence to suggest that Mr. Brock is a terrorist, or in any way does it prove that he was going to commit a terror attack, and that’s what you have to consider.”

Brock remains in custody and will be sentenced in May.

These were the details of the news Colorado grocery store shooter named as Syrian American Ahmad Al Aliwi Alissa for this day. We hope that we have succeeded by giving you the full details and information. To follow all our news, you can subscribe to the alerts system or to one of our different systems to provide you with all that is new.