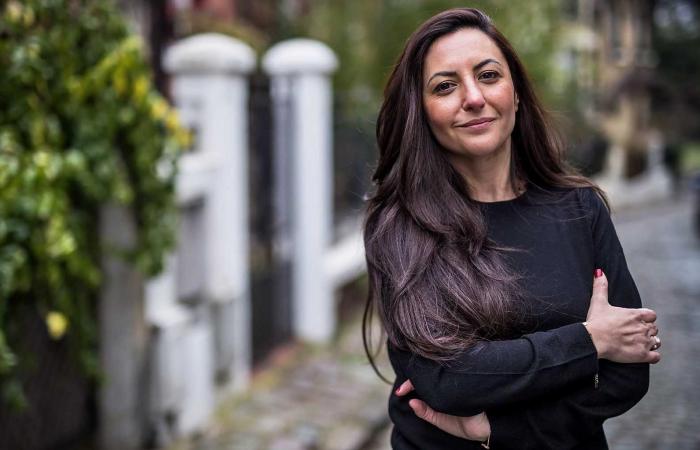 Jeddah - Yasmine El Tohamy - LONDON: A journalist and second-generation Turkish immigrant who wrote a book about her experience of integrating into France has accused supporters of President Recep Tayyip Erdogan of sending her death threats.

Claire Koc, 37, has filed a criminal complaint after accusations that she had “betrayed Turkey” with the publication of her new book “Claire, Le Prenom de la Honte (“Claire, the Name of Shame”).”

Her lawyer said many of the threats had been made by France-based Erdogan activists, and some had been hunting for her home address.

Koc, who works as a journalist for France’s state broadcaster, used her book to describe the anger that her family and other Turkish immigrants attract by their move to integrate into the French nationality and lifestyle.

She told French daily Le Figaro that when the media reported on her book, she “started to receive a lot of insults, especially on Twitter. Then threats.”

Of the many messages of abuse she received, some stand out for their especially gruesome statements.

From calling for “real bullets” to be used on her to accusations of “betraying your country,” Koc endured torrents of vile tweets.

The post that accused her of being a traitor was accompanied by a Turkish flag and a grey wolf’s head, an apparent reference to the emblem of the far-right Turkish nationalist movement.

Koc said other posts sought to depict her as a covert member of the Kurdistan Workers’ Party, which is listed as a terror group by the Turkish government, and which she insists she has no connections with.

“By alleging that I am a Kurdish terrorist, these crazy ultra-nationalists have stuck a target on my back,” she said. “It’s scary because there is no end to it.”

Her lawyer said: “Those people do not mess around: When they describe you either as a traitor to your country or as a terrorist and try to find your address with determination, it’s very worrying.”

French politicians have come to her aid. Sen. Valerie Boyer said it is “intolerable that she has been harassed because she loves France too much. How long are these threats going to continue?”

These were the details of the news Erdogan supporters accused of sending death threats to French journalist for this day. We hope that we have succeeded by giving you the full details and information. To follow all our news, you can subscribe to the alerts system or to one of our different systems to provide you with all that is new.