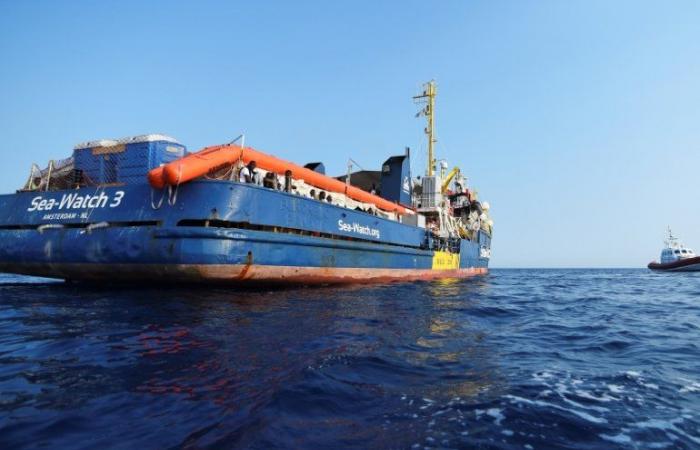 Jeddah - Yasmine El Tohamy - ROME: Italian authorities have detained a German migrant rescue ship that docked in the Sicilian port of Augusta with 385 migrants rescued off Libya on March 3.

The Sea-Watch 3 was placed in administrative detention after a coast guard inspection found a number of irregularities onboard, the German NGO denounced.

The ship is authorized to carry a maximum of 22 people, while it carried nearly 400 people onboard, the coast guard said.

“This is absurd. When we next find migrants at sea with their lives at danger, should we tell them ‘we are sorry, we cannot take you because we would break the Italian coast guard rules?’ No such rule can be applied when lives must be saved,” a Sea Watch spokesman told Arab News.

“We are accused of having rescued too many people. The alternative: Letting 363 people drown, as EU authorities are turning a blind eye, not showing any efforts to closing the rescue gap,” the NGO wrote in a tweet.

Sea Watch has filed an appeal against the detention with an administrative court in Catania.

The Italian coast guard has previously blocked humanitarian NGO vessels, a move that the organizations say is unwarranted and the result of political pressure.

The Sea-Watch 3 was detained a few months ago over administrative and safety issues. An administrative court in Palermo ordered its release after two weeks.

In a statement, the Italian coast guard said that the ship had been detained because it violated rules of navigational safety, fire prevention, environmental protection and crew training rules.

Italy is a major gateway to Europe for migrants, even though the sea route between North Africa and Sicily is one of the most dangerous in the world.

According to the International Organization for Migration (IOM), nearly 530,000 migrants have arrived off the coast of Italy since early 2015, including 6,000 this year.

Since January this year, 232 migrants have died or disappeared during the Mediterranean crossing to Italy or Malta, up from 983 in 2020, the UN agency said.

These were the details of the news Italy detains migrant rescue ship for this day. We hope that we have succeeded by giving you the full details and information. To follow all our news, you can subscribe to the alerts system or to one of our different systems to provide you with all that is new.