1.4 million with TB lost out on treatment during first year of COVID-19 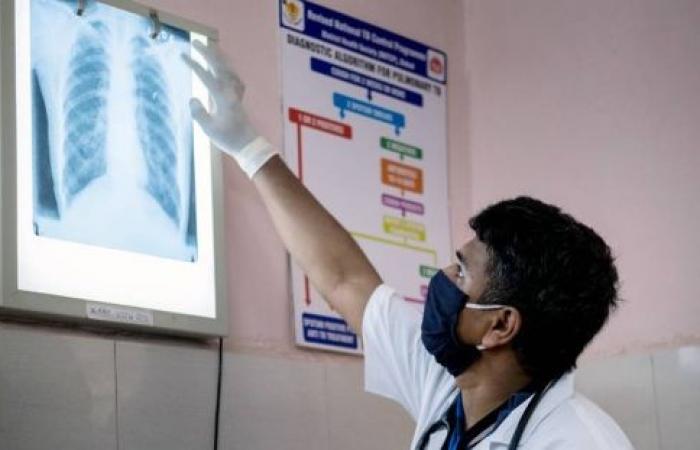 We show you our most important and recent visitors news details 1.4 million with TB lost out on treatment during first year of COVID-19 in the following article

Latest data from the World Health Organization (WHO) from more than 80 countries, showed a reduction in treatment of 21 percent in the first year of the pandemic, compared with 2019.

The biggest differences were in Indonesia (down 42 percent), South Africa (41 percent), the Philippines (37 percent) and India (25 percent).

“The disruption to essential services for people with TB is just one tragic example of the ways the pandemic is disproportionately affecting some of the world’s poorest people, who were already at higher risk for TB,” said Tedros Adhanom Ghebreyesus, WHO director-general.

“These sobering data point to the need for countries to make universal health coverage a key priority as they respond to and recover from the pandemic, to ensure access to essential services for TB and all diseases.”

TB remains one of the world’s deadliest infectious killers. Each day, nearly 4,000 people die from TB and close to 28,000 people fall ill with this preventable and curable disease. Global efforts to combat it have saved an estimated 63 million lives since the year 2000.

Ahead of World TB Day on Wednesday, March 24, WHO pointed out that some countries have already taken steps to sidestep the impact of new coronavirus on the delivery of TB services.

Successful policies have included expanding the use of digital technologies such as computer-aided diagnosis in chest X-rays — particularly beneficial in countries lacking sufficient numbers of trained radiographers — along with the provision of remote advice and support and providing home-based TB prevention and care.

Despite these innovations, many people who have the preventable disease are still unable to access the care they need. Globally, some 10 million people fall ill with TB every year.

“WHO fears that over half a million more people may have died from TB in 2020, simply because they were unable to obtain a diagnosis,” WHO said, adding that this is by no means a new problem; before COVID-19 struck, the gap between the estimated number of people developing TB each year and the annual number of people officially diagnosed with the virus was about three million.

“The pandemic has greatly exacerbated the situation,” the UN health agency said.

In new recommendations to help health authorities tackle the problem, the WHO urged systematic TB screening for the following groups: household and close contacts of people with TB, people living with HIV, people in prisons and detention centers, people exposed to silica (mainly miners).

Community screening is beneficial in vulnerable populations with limited access to health care, WHO insisted, such as urban poor communities, homeless communities, migrants, refugees, remote isolated communities, and other vulnerable or marginalized groups.

Further drug innovations have meant that health professionals should also encourage patients with multidrug-resistant tuberculosis to adopt the new shorter and fully oral medicine regime, which no longer has an injectable element.

This shorter regimen is nine to 11 months long “and research has shown that patients find it easier to complete the regimen, when compared to the longer regimens which last up to 20 months,” WHO said. — UN News

These were the details of the news 1.4 million with TB lost out on treatment during first year of COVID-19 for this day. We hope that we have succeeded by giving you the full details and information. To follow all our news, you can subscribe to the alerts system or to one of our different systems to provide you with all that is new.