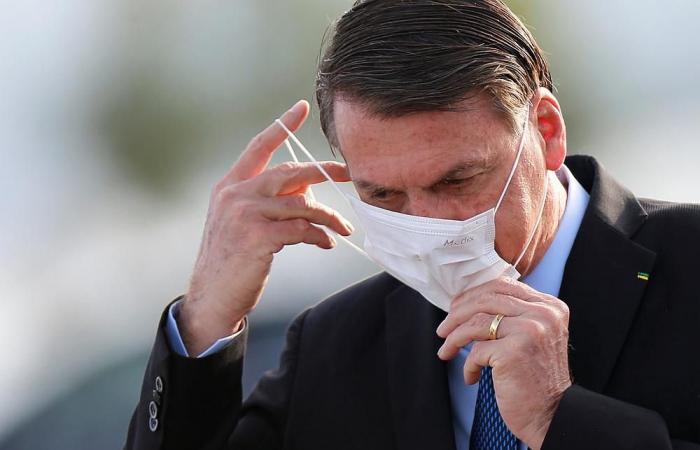 BRASÍLIA, March 23 — As Brazil struggles with surging Covid-19 cases, President Jair Bolsonaro’s government can’t figure out who the health minister is: the one sacked last week or the still-unofficial replacement.

The country has recorded the second-most coronavirus deaths, after the United States, and the situation is worsening. Brazil’s average daily death toll — currently the highest worldwide — has more than tripled since the start of the year, to 2,259.

In the middle of this desperate situation, Bolsonaro announced last Monday he was firing health minister and army general Eduardo Pazuello and replacing him with cardiologist Marcelo Queiroga.

But a week later, neither the widely criticised outgoing minister’s departure nor the incomer’s appointment has been made official in the government gazette.

“We’re in the middle of a pandemic... and we have two health ministers. Which in reality means we don’t have any,” said Sao Paulo Governor Joao Doria, one of Bolsonaro’s fiercest critics.

“The incoming one isn’t authorised to act as minister, and the outgoing one doesn’t have any actual power.”

Brazilian media reports Bolsonaro is scrambling to find a way to keep Pazuello’s ministerial immunity, to protect him from being prosecuted for the ministry’s shortcomings during his 10-month tenure.

Pazuello notably faces investigation for failing to ensure oxygen supplies to the northern city of Manaus, where there were horrific scenes in January of Covid-19 patients suffocating to death as hospitals ran out.

It is still unclear how different the new minister’s approach will be to Covid-19, which is again pushing many Brazilian hospitals to the breaking point.

Experts say the latest wave is being fuelled by a local variant of the virus that is suspected to be more contagious.

Rio de Janeiro, where more than 90 per cent of intensive care beds are full, announced that from Friday only essential shops will be allowed to open and an overnight curfew would be imposed for ten days, while beaches will remain closed.

Queiroga will be Bolsonaro’s fourth health minister of the pandemic.

The first two, both doctors, fell out with the far-right president over his defiance of expert advice on containing the deadly virus.

Further complicating Bolsonaro’s plans, Queiroga must formally remove his name from the ownership of two private health clinics he manages in his home state of Paraiba, in northeastern Brazil, before starting the new job. — AFP

These were the details of the news Confusion as Brazil faces Covid-19 surge with two health ministers for this day. We hope that we have succeeded by giving you the full details and information. To follow all our news, you can subscribe to the alerts system or to one of our different systems to provide you with all that is new.