US sanctions Myanmar's military for violent repression of protesters 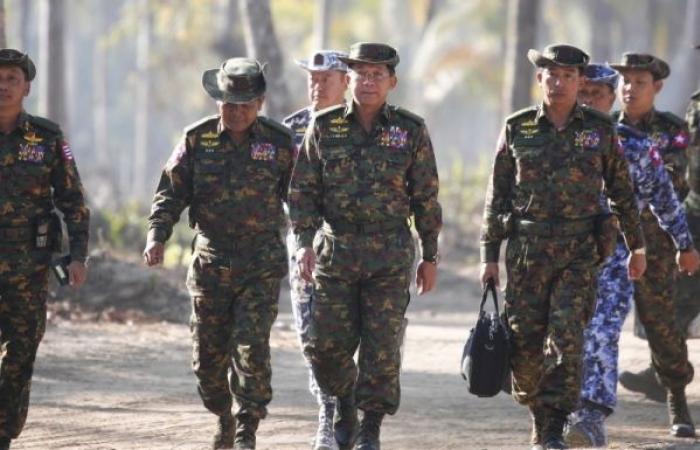 Hind Al Soulia - Riyadh - WASHINGTON — US Secretary of State Antony Blinken announced new sanctions against members of Myanmar's military on Monday for the ongoing crackdown on pro-democracy protests since the military seized power in a Feb. 1 coup.

The penalties were the second set that the US announced in coordination with allies on Monday. Earlier in the day, the US and European Union announced human rights sanctions against China for its ongoing repression in Xinjiang province, including of Uighur Muslims.

"The United States continues to call on the military regime to release all those unjustly detained; stop its attacks on civil society members, journalists, and labor unionists; halt the brutal killings by its security forces; and return power to the democratically elected government," Blinken said.

The US will designate Myanmar's chief of police, Than Hlaing, and its Bureau of Special Operations commander, Lt. Gen. Aung Soe, as well as two army units "for being responsible for or complicit in or having directly or indirectly engaged or attempted to engage in, actions or policies that prohibit, limit, or penalize the exercise of freedom of expression or assembly by people in Burma," Blinken said in a statement, using another name for Myanmar.

Members of one of the military units were among the security forces that fired live rounds into a crowd of protesters in the capital of Mandalay, and both units are "part of the Burmese security forces' planned, systemic strategies to ramp up the use of lethal force," Blinken said.

"These designations show that this violence will not go unanswered," the top US diplomat said.

Blinken noted that the United Kingdom and Canada have also sanctioned many of the same individuals.

"The United States, together with our allies and partners, has stood with them. In response, the military regime continues its violent crackdown, which has killed at least 194 people to-date, including peaceful protesters," Blinken said. "The junta continues its attempts to overturn the results of a democratic election by brutally repressing peaceful protesters and killing individuals who are simply demanding a say in their country's future."

The military seized power after claiming that Nov. 8 elections, which were decisively won by political leader Aung San Suu Kyi's party, the National League for Democracy, had been marred by fraud. After the country's election commission disputed that claim, the military replaced the commission.

The coup marks a return to military rule, which stifled Myanmar for decades before a slim democratic opening began around 2010. As citizens of the country have taken to the streets to defend their election system with strikes and protests, the military has responded with increasing violence and efforts to stifle communications. Internet access has been restricted, journalists have been arrested and some newspapers have been barred from publishing. — Courtesy CNN

These were the details of the news US sanctions Myanmar's military for violent repression of protesters for this day. We hope that we have succeeded by giving you the full details and information. To follow all our news, you can subscribe to the alerts system or to one of our different systems to provide you with all that is new.