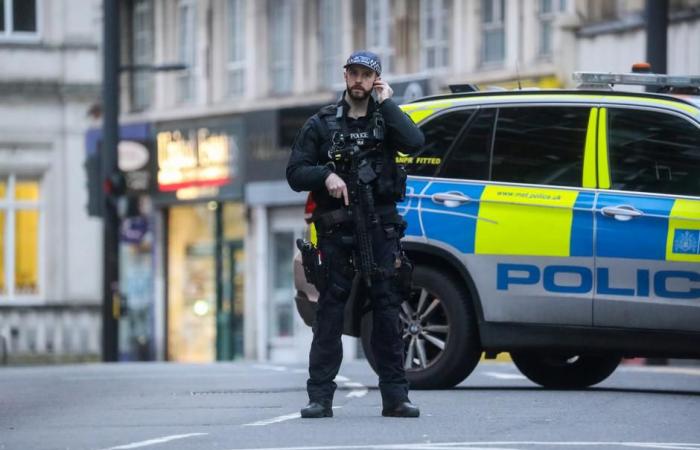 Jeddah - Yasmine El Tohamy - LONDON: Two more men have been arrested in connection with the fatal stabbing of Hussain Chaudhry, who was killed last week in London.

Police said the men have been arrested on suspicion of murder and assisting an offender. The latest arrests mean that three men — all 18 — have now been detained in connection with Chaudhry’s death.

Marvin Ward was arrested late last week in connection with the stabbing, and will appear in court on Monday to be charged with one count of murder, two counts of attempted murder, robbery, and possession of an offensive weapon.

Police have said they are continuing to investigate the stabbing, which is believed to have occurred after the assailants tried to steal an expensive designer jacket from Chaudhry.

The student was stabbed outside his family home last Wednesday, in an attack that also saw his mother and brother hospitalized with “serious” wounds to the hands. They have now been discharged from hospital.

Chaudhry “died cradled in his mother’s arms,” his uncle said. In an emotional tribute, his sister tweeted: “We’ve lost our baby and no pain will compare. The sunshine of my life. My youngest brother, Hussain. You radiated light & never had anything but a smile adorning your face. You studied well, loved well, prayed well. Fly with green birds, my martyr. Meet me by the gates of Jannah, will you?”

In a statement, the family said: “We are deeply grieved by the loss of our beloved Hussain and respectfully ask for the privacy and space to come to terms with this tragic situation. We thank everyone from the bottom of our hearts for their kindness, compassion, condolences, prayers and goodwill. We have no other comment at this time.”

The death of Chaudhry, a law student at London’s School of Oriental and African Studies (SOAS), prompted an outpouring of grief from the local community — Muslim and non-Muslim alike. Various fundraisers established in his honor have raised over £100,000 ($138,630).

The organizers of one fundraiser, set up by the SOAS Islamic Society, told Arab News last week that the proceeds of their fundraiser — currently around £70,000 — will be used to build a well in Pakistan.

The local Faizan e Islam mosque said: “It is with great sadness and heavy heart we announce that son of Zahoor Ahmed, Hussain Ahmed Chaudhry, has departed from this temporary Dunya. May Allah elevate his status, grant him a lofty status in Jannat-ul-Firdaus and make his grave a garden from the Gardens of Paradise.”

These were the details of the news 2 more arrests over murder of London law student for this day. We hope that we have succeeded by giving you the full details and information. To follow all our news, you can subscribe to the alerts system or to one of our different systems to provide you with all that is new.