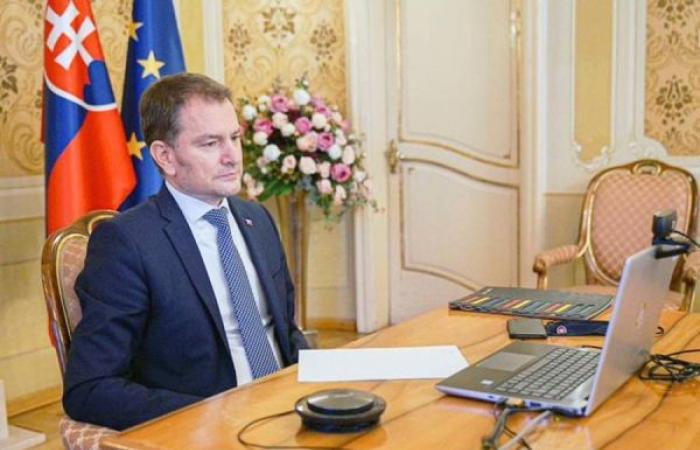 The coalition government of Igor Matovic has been criticized for buying the Sputnik V COVID-19 vaccine before it had been approved by the European Union.

The purchase of around two million doses of the Russian jab was made without the approval of two of the four parties making up the center-right coalition.

But the liberal-conservative Freedom and Solidarity (SAS) party and center-right For People (Za ludi) party have now demanded that the prime minister also resign.

In a Facebook post, Matovic said he would only step down under certain conditions, including being allowed to remain in the Cabinet.

He also wants two others to resign: Richard Sulik, deputy prime minister and leader of SAS, and Mária Kolíková, Slovakia's justice minister, from Za ludi. Meanwhile, the SAS must also lose "give up one ministry", Matovic said.

The prime minister has always defended the deal to buy the Sputnik V vaccines, saying it will speed up the country's vaccination program, but his allies in government say the move cast doubts on Slovakia's pro-Western ideology.

"Our coalition partners used Sputnik's imports to provoke a coalition crisis," Matovic said. "Yes, we are also aware of our own share of responsibility in the current coalition crisis and also the seriousness of the situation.

"And we are also aware that much more important than any individual position in this government is the future of Slovakia and the further action of a democratic government, not a mafia government."

In a response on Facebook, Sulik welcomed the prime minister's offer to resign, but rejected the terms as "political revenge".

"We believe that the replacement of the Prime Minister is the key to good government, better managed, with better communication and organization," he said.

"The current prime minister is dealing with personal animosities and is not concerned with the country."

Sulik repeated that he was also willing to step down from the government if Matovic leaves, but rejected the proposal to give up a party's ministry. If no agreement was reached by Wednesday, the SAS minister would resign, Sulik added.

Matovic became prime minister of Slovakia one year ago, after leading government parties to a landslide victory in the 2020 elections.

The country currently has the second-highest COVID-19 death rate in the European Union, after initially surviving the first wave of the pandemic without severe case numbers. — Euronews

These were the details of the news Slovakia's Sputnik V crisis deepens as PM offers to resign for this day. We hope that we have succeeded by giving you the full details and information. To follow all our news, you can subscribe to the alerts system or to one of our different systems to provide you with all that is new.