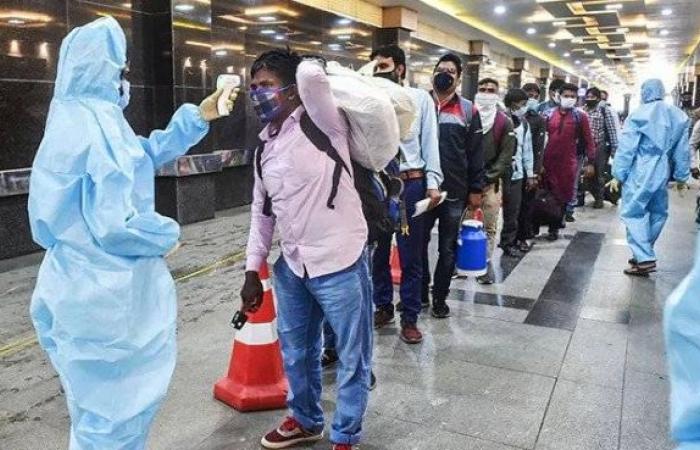 The jump in infections comes almost a year since India's first nationwide lockdown.

A nationwide lockdown followed on March 24 and lasted for nearly three months.

According to the Indian health ministry on Sunday, five states including Maharashtra, Punjab, Karnataka, Gujarat, and Madhya Pradesh accounted for 77 percent of the cases reported over the previous 24 hours.

Maharashtra on Friday restricted the number of people that can enter theaters and auditoriums to 50 percent, in addition to a previously imposed cap of 50 percent on office staff until March 31. Several districts in the state have also imposed full or partial lockdowns.

The state’s capital, Mumbai, will also be conducting rapid antigen tests at random in crowded places such as malls, railway stations, bus depots, and markets among other places.

In the state of Punjab, night curfews are in place. In Gujarat state, schools and colleges are shut in eight metropolitan cities and a night curfew has been imposed in Ahmedabad city.

"In Punjab, Maharashtra, six to seven states contribute more than 86 percent of the caseload, so in these states, extra safety and awareness is required," Health Minister Harsh Vardhan said on Sunday.

India has distributed 45,065,998 vaccine doses since Jan. 16, according to the health ministry on Monday. — Courtesy CNN

These were the details of the news India reports highest daily spike in COVID-19 cases since November for this day. We hope that we have succeeded by giving you the full details and information. To follow all our news, you can subscribe to the alerts system or to one of our different systems to provide you with all that is new.