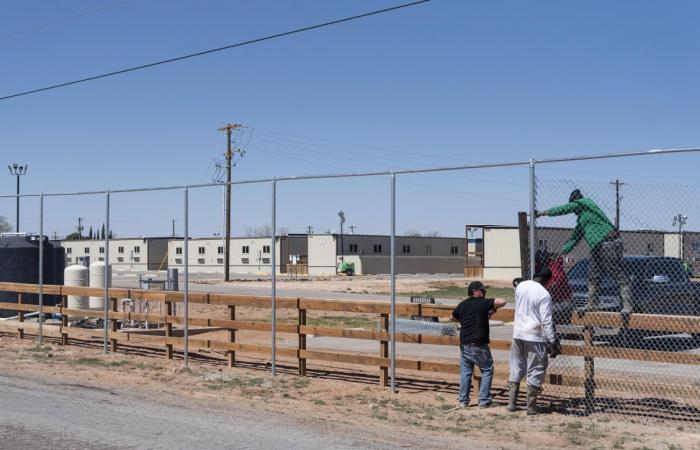 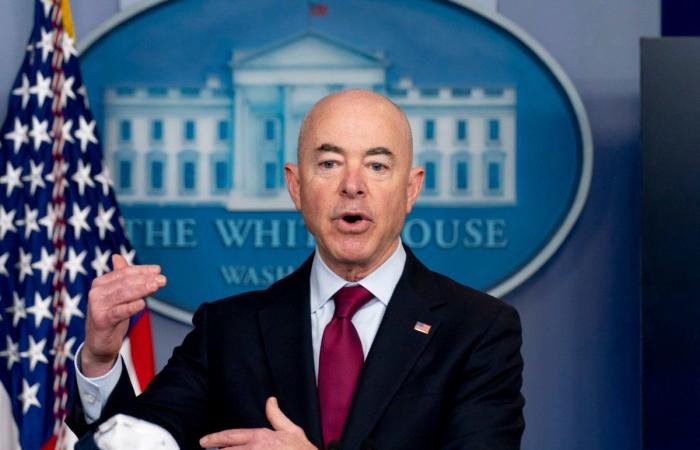 Jeddah - Yasmine El Tohamy - WASHINGTON: “The border is closed“: With those words, a top Biden administration official on Sunday pushed back against fast-mounting criticism that it has bungled immigration policy, spurring an influx of migrants in the biggest crisis to emerge under the new president.
Homeland Security Secretary Alejandro Mayorkas said the administration’s message to would-be border-crossers was simple: “Now is not the time to come. Do not come. The journey is dangerous.
“We are building safe, orderly and humane ways to address the needs of vulnerable children,” he said on ABC’s “This Week.”
“Do not come.”
But with an estimated 15,000 migrant children or teenagers already in federal custody — roughly a third of them in facilities meant for adults — and with the United States on pace to see two million undocumented migrants arrive this year, the problem has become impossible to ignore.
Biden himself vowed on Sunday to visit the border and said he was stepping up the message to migrants to stay home.
“We’re in the process of doing it now, including making sure that we reestablish what existed before, which was — they can stay in place and make their case from their home country,” he told reporters.
Many Republicans, but also a growing number of Democrats, have criticized the administration’s border policies.

Mayorkas, appearing on three television networks, insisted that the administration was doing everything it could to address the influx, but said the task was complicated by policies inherited from the Trump administration and by the Covid-19 pandemic.
“We have a plan. We are executing on our plan and we will succeed,” the Havana-born Mayorkas said on ABC. “But one thing is also clear, that it takes time.”
Mayorkas repeatedly placed blame on Biden’s predecessor, Donald Trump, who imposed an array of anti-immigration policies.
“The entire system ...was dismantled in its entirety by the prior administration” and had to be rebuilt, Mayorkas said.
He said three new facilities had been opened to handle border arrivals just last week.
But Republicans flatly rejected that analysis, with Michael McCaul, a Texas lawmaker, calling Mayorkas’s comments “very irresponsible.”
“They’ve created the crisis. He says he has a plan. I haven’t seen a plan,” he said, also on ABC.
“They talk about humane conditions, humanitarian. They have created a humanitarian crisis down here at this border.”
A bipartisan group of US lawmakers visited immigration facilities in the El Paso, Texas area last week and several emerged with sharp criticism.
Senator Chris Murphy, a Democrat, said he saw hundreds of children packed into a “big, open room,” and “fought back tears” as he listened to a 13-year-old girl who was distraught after being separated from her grandmother.
Mayorkas, who traveled with the group to El Paso, said that under the previous administration, such a girl would have been “turned away and turned into the desert of Mexico or sent back to the very country from which she fled, by reason of fear or prosecution.”
Mayorkas also faced criticism for refusing, so far, to grant access to journalists to visit the immigration facilities.
“We’re working on providing access so that individuals will be able to see what the conditions in a Border Patrol station are like,” he said on “Fox News Sunday.”
“But first things first, we are in the midst of a pandemic and we’re focused on operations and executing on our plans. That’s our highest priority.”
Biden said early on that he wanted to roll back some of the harsher policies imposed by Trump, but that first he needed to impose “guardrails” to prevent a huge influx of migrants.
But in a departure from the previous administration, he began allowing unaccompanied children into the country.
More than 10,000 unaccompanied children are now in the care of the Department of Health and Human Services. The Customs and Border Protection agency is caring for 5,000 others.
The influx had begun to grow even before Biden came to office in January, propelled partly by deteriorating conditions in parts of Central America.
And in January, Mexico stopped taking back some families being expelled by the United States.

These were the details of the news Biden pushes back amid mounting crisis over border for this day. We hope that we have succeeded by giving you the full details and information. To follow all our news, you can subscribe to the alerts system or to one of our different systems to provide you with all that is new.