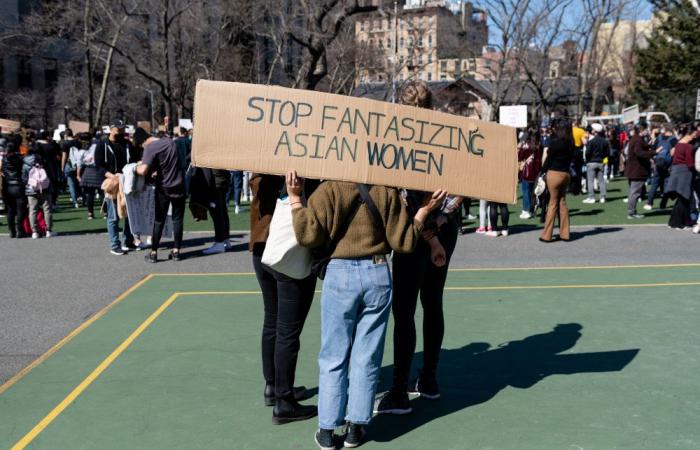 Hello and welcome to the details of Atlanta shooting of Asian women was racially motivated, says US senator and now with the details

“From where I sit, I want to see a deeper investigation into whether or not these shootings and other similar crimes are racially motivated,” Duckworth, who is one of only two Asian-Americans currently serving in the US Senate, told CBS Face the Nation.

“It looks racially motivated to me,” she said, adding the caveat that she is not a police officer or personally investigating the crimes.

Police in Atlanta are still investigating the motive in connection with the fatal shooting of eight people, six of whom were Asian women, on Tuesday. The Federal Bureau of Investigation is assisting with the investigation.

In an interview with NPR last week, Wray said that it “does not appear” that race factored into the mass shooting.

“We all know hate when we see it,” he said. “It is tragic that we’ve been visited by this kind of violence yet again.”

The shootings have stoked fears among those in the Asian-American Pacific Islander community, which has reported a spike in hate crimes since March 2020 when then-President Donald Trump began referring to Covid-19 as the “China virus.”

Suspected gunman Robert Aaron Long, a 21-year-old Atlanta-area resident who is white, told police that sexual frustration led him to commit the violence.

Cherokee County Sheriff’s Office Captain Jay Baker, who told the media in a press conference that a sexual addiction may have fueled the crime and said Long had had “a really bad day,” has since come under criticism from political leaders and civil rights advocates for making insensitive comments. They noted such remarks only fuel stigmas about race, gender and sex work.

The sheriff’s office later acknowledged the remarks had sparked anger, but said Baker never intended to offend anyone. Baker is no longer serving as a spokesman for the case.

The incidence of hate crimes against Asian-Americans rose by 149 per cent in 2020 in 16 major cities compared with 2019, according to the Center for the Study of Hate and Extremism.

Duckworth is among a growing number of Asian-American lawmakers who have urged law enforcement to more carefully examine the escalating violence.

“It looks to me that he knew he was going to places where disproportionately the people he shot up would be Asians, and female, and I think the investigators need to really look at these facts,” Representative Ted Lieu, a member of the House Judiciary Committee, told CNN last week, referring to Long.

President Joe Biden and Vice President Kamala Harris visited Atlanta on Friday to offer support to Asian-Americans and meet with leaders of the community.

“In the past few weeks, we’ve seen too many examples of horrific and brutal assaults on women, including the tragic murders in Georgia...It hurts all of us, and we all must do more to create societies where women are able to go about their lives free from violence,” he said in a statement.

The Justice Department has previously said it will step up investigations into hate crimes against Asian-Americans and Pacific Islanders.

Duckworth said yesterday she has written a letter to Wray and Attorney General Merrick Garland asking them to take a deeper look at whether hate crimes are going under-reported.

A Justice Department spokesman confirmed receiving the letter and said it was under review. — Reuters

These were the details of the news Atlanta shooting of Asian women was racially motivated, says US senator for this day. We hope that we have succeeded by giving you the full details and information. To follow all our news, you can subscribe to the alerts system or to one of our different systems to provide you with all that is new.

PREV America is back with Biden, France’s Macron says
NEXT UNESCO report highlights need for greater investment, diversity in science