The insurgents, on foot and in several trucks fitted with machine guns, attacked Nigerian soldiers outside the town of Wulgo as well as Cameroonian soldiers deployed from across the border to assist.

“Another three CDF soldiers and a Nigerian soldier were injured in the fight,” said the military officer, in an account confirmed by a second Nigerian military source.

An armoured vehicle belonging to the Nigerian army and two Boko Haram trucks were destroyed in the fight while “several” jihadists were “neutralised”, the second military officer said.

The jihadists launched the attack from the nearby Wulgo forest, a known Boko Haram hideout.

Boko Haram and its splinter group ISWAP, the Islamic State West Africa Province, have killed 36,000 people in northeast Nigeria and displaced around two million from their homes since 2009, according to the United Nations.

Earlier this month, ISWAP claimed in a statement that it used two vehicle-borne improvised explosive devices, killing and wounding 30 soldiers near Wulgo, a claim that AFP could not independently verify.

These were the details of the news Boko Haram kills two Cameroonian soldiers in Nigeria for this day. We hope that we have succeeded by giving you the full details and information. To follow all our news, you can subscribe to the alerts system or to one of our different systems to provide you with all that is new. 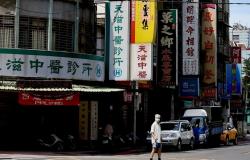