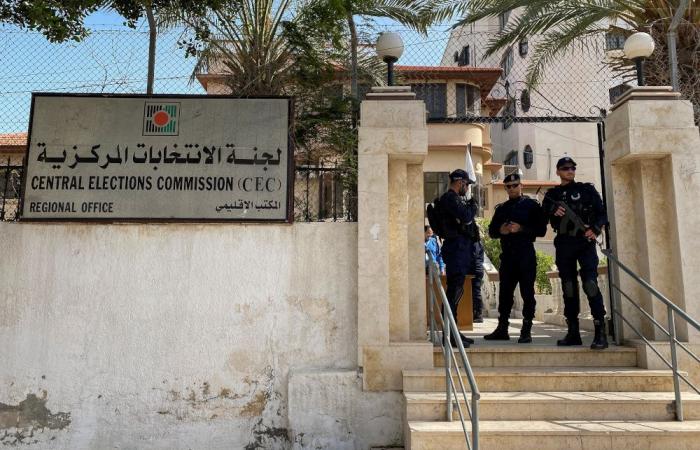 JERUSALEM, March 21 — Even if they pay their taxes to Israel, east Jerusalem’s Palestinians will be barred from voting in Tuesday’s election because the Jewish state does not consider them as citizens.

Israel, which sees the Holy City as its undivided capital, annexed east Jerusalem in 1967 and views the estimated 300,000 Palestinians who live there as mere residents.

These Palestinians have social rights, access to health care and resident’s cards, but no passports.

They can only vote for municipal councillors but not in national elections — unless they break a taboo and obtain Israeli citizenship.

But by doing so they forfeit the right to vote in Palestinian polls.

With Israel’s fourth election in under two years due on March 23 and the first Palestinian polls in 15 years planned for later this year, the focus is again on the complex situation faced by these Palestinians.

Jerusalem’s status is one of the thorniest issues of the Israeli-Palestinian conflict, with the international community insisting that it must be negotiated by the two sides.

Israel views the whole city as its capital while the Palestinians want east Jerusalem to be the capital of their own future state.

In recent years thousands of east Jerusalem Palestinians, hoping to improve their lives, have taken up Israeli citizenship.

Applications rose to 1,633 in 2020, according to Israeli authorities, who say that more than 1,800 were granted Israeli citizenship last year.

“I live in this country, I am part of it. It is my right to vote,” said the 34-year-old. “Every vote counts and I vote for candidates who act for the good of the Arab community.”

East Jerusalem lawyer Amer Nasser — who also became an Israeli citizen a few years ago but insists he remains Palestinian through and through — said he had not been swayed by Netanyahu.

“I will vote for the Arab Joint List,” Nasser said of the alliance supported by many Arab Israelis, who make up a fifth of the population.

“Netanyahu is very interested in foreign relations with Arab countries and is not very interested in making peace with the Palestinians, despite the fact that they are originally the people of this region and live in it,” he said.

Nasser said he hoped his vote could bring “peace” between Palestinians and Israelis.

Dwayyat said that having an Israeli passport helped her travel freely around the world, since Israelis do not need a visa to enter most countries, unlike Palestinians who face mountains of restrictions.

But on a daily basis nothing has changed, she said, adding that among Israelis, “Arabs are always considered Arabs”.

When it comes to the Palestinian elections this year, she said, she does not mind not being able to vote because “it will not bring me anything”.

The Palestinians expect to hold legislative elections in May and a presidential vote in July, and they have urged the international community to send observers.

Specifically, they have requested European Union monitors to deploy in east Jerusalem, whose annexation by Israel was never recognised by most of the international community.

Lawyer and political analyst Moein Odeh believes Israel will not allow the Palestinians to organise polls in east Jerusalem, since it bans all activities of the Palestinian Authority in that part of the city.

“Israel will not allow elections in Jerusalem because it wants to impose its sovereignty,” he said.

“And even if elections were held in east Jerusalem as a result of international pressure on Israel... an elected Palestinian parliament will have limited or no say,” he added.

In fact, said Odeh, “the Palestinians don’t care about these elections because they will have no impact on the city”.

“Who would I vote for?” she said, recalling how in the last elections in 2006 she had cast her ballot, full of hope for change in her city.

“They lied to us,” she said. “They promised a solution for Jerusalem... but Israel continued to demolish (Palestinian) homes... and the Palestinian Authority failed to act.” — AFP

These were the details of the news East Jerusalem’s Palestinians torn between two elections for this day. We hope that we have succeeded by giving you the full details and information. To follow all our news, you can subscribe to the alerts system or to one of our different systems to provide you with all that is new.