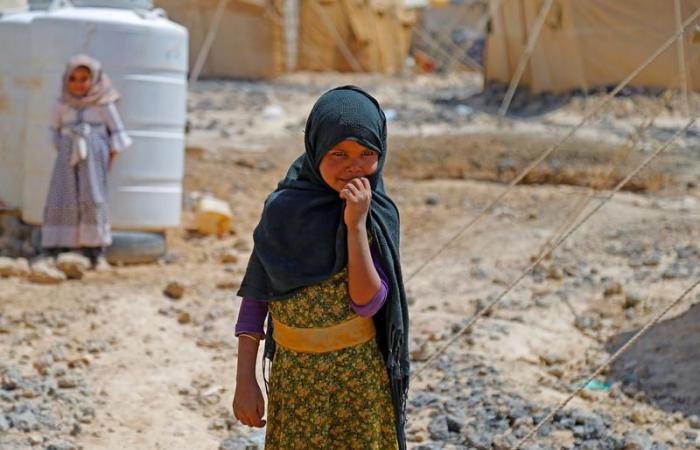 You are now following the details of the UN says 8 children killed, 33 wounded this month in Yemen news and now we leave you with the details

Mohamed Nass - Cairo - CAIRO (AP) — A surge of fighting in war-torn Yemen has been particularly brutal for children this month, with at least eight killed and 33 wounded, the U.N. children’s agency said on Saturday.

Philippe Duamelle, UNICEF’s representative to Yemen, said the casualties happened in several areas including the provinces of Taiz and Hodeida, where fighting between forces of the internationally recognized government and Houthi rebels has intensified. He said the toll could be higher.

“We condemn these attacks in the strongest possible terms. Too often children and families are paying such a heavy price as conflict rages around them,” he said, adding that some attacks had targeted a school and a hospital in Taiz. He did not indicated which side was responsible.

Duamelle said children were also wounded in attacks in other provinces, including the central province of Marib, which the Houthis have been trying to retake from government forces.

The Houthi offensive on Marib could displace at least 385,000 people. Four displacement camps in the province have been abandoned since the start of the offensive earlier in February, according to the U.N. migration agency.

Yemen has been convulsed by civil war since 2014 when the Houthis took control of the capital Sanaa and much of country’s north, forcing the government of President Abed Rabbo Mansour Hadi to flee to the south, then to Saudi Arabia. A Saudi-led coalition, backed at the time by the U.S., entered the war months later to try to restore Hadi to power.

Now mired in stalemate, the war has killed about 130,000 people — including more than 12,000 civilians — and spawned the world’s worst humanitarian crisis in a country that was already the Arab world’s most impoverished nation.

These were the details of the news UN says 8 children killed, 33 wounded this month in Yemen for this day. We hope that we have succeeded by giving you the full details and information. To follow all our news, you can subscribe to the alerts system or to one of our different systems to provide you with all that is new.