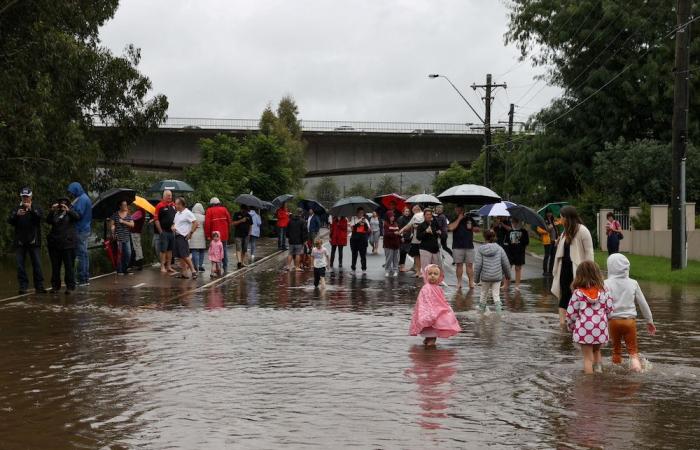 MELBOURNE, March 21 — Heavy rains along Australia’s east coast over the weekend have brought the worst flooding in half a century in some areas, authorities said today, forcing thousands to evacuate and damaging hundreds of houses.

“Yesterday, we were hoping it will only be a one-in-20-year event, now it looks like a one-in-50-year event,” Berejiklian said at a televised briefing.

People in parts of Sydney’s northwest were ordered to flee their houses in the middle of the night as fast-moving waters caused widespread destruction. Berejiklian said another 4,000 people may still be asked to evacuate.

Several major roads were closed across the state while many schools called off classes for Monday.

The flooding comes in stark contrast with the devastating bushfires that struck Australia in late 2019 and early 2020, when nearly 7 per cent of NSW land was scorched.

Flooding risk and evacuation warnings were in place for about 13 areas in NSW, including the Hunter, one of Australia’s major wine regions.

Meteorologists said the downpour is set to continue for the rest of Sunday, with some areas expected to get up to 200 millimetres of rain.

Emergency crews have responded to about 6,000 calls for help since the start of the rains on Thursday, including nearly 700 direct pleas for rescue from floods.

The extreme weather has also affected Australia’s Covid-19 vaccine delivery to across NSW, disrupting the country’s plans to deliver the first doses to almost six million people over the next few weeks.

“We have to wait and see what happens with the weather in the coming days,” Australian Acting Chief Medical Officer Michael Kidd said at a televised briefing. — Reuters

These were the details of the news Heavy rains in Australia’s east bring worst floods in 50 years for this day. We hope that we have succeeded by giving you the full details and information. To follow all our news, you can subscribe to the alerts system or to one of our different systems to provide you with all that is new.