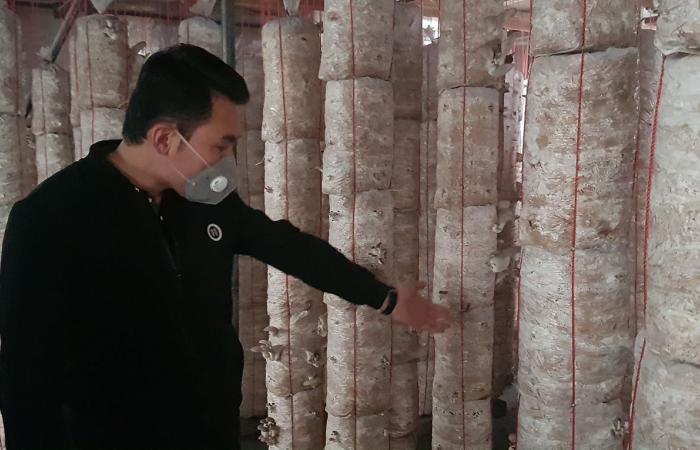 Thank you for reading the news about Breaking the mold: Landless Afghans turn to fungi farming and now with the details

Jeddah - Yasmine El Tohamy - NEW DELHI: A prominent students’ body took to the streets of Guwahati, the state capital of Assam, on Saturday a week ahead of crucial regional polls in the northeastern Indian state. They were demanding that the federal government’s controversial Citizenship Amendment Act (CAA) be scrapped, as it undermines Assam’s “identity.”

Under the CAA, members of Hindu, Sikh, Jain, Parsi and Christian minorities who moved to India from Bangladesh, Pakistan and Afghanistan before Dec. 31, 2014, are eligible to become citizens. Muslims are excluded.

The legislation is part of the government’s proposed National Register of Citizens (NRC) initiative, an exercise it says is designed to identify “genuine citizens” of India.

The Bharatiya Janata Party (BJP) introduced the CAA in December 2019 solely to consolidate Hindu Bengali votes in the bordering states of Assam and Bengal.

However, with both states facing elections in coming weeks, the BJP’s election campaign has steered clear of highlighting the CAA issue.

Vehement opposition from the indigenous Assamese population has forced the BJP to maintain strategic silence on the contentious law, which ignited protests across India last year.

“If the ruling BJP thinks that by keeping silent on CAA, it can allow the issue to go out of public memory, it is living in an illusion. We will not let it happen,” Dipankar Nath, president of the All Assam Students Union (AASU), told Arab News.

Residents in Assam said that the BJP’s silence has also created confusion in the two states, with several saying they feared for their future.

“There is a lot of confusion. We don’t know whether we would get citizenship or not,” Basudev Sharma, president of All Assam Bengali Hindu Association (AABHA), said.

Some Assamese are worried by the BJP’s failure to include the CAA in their poll campaigns and by a pledge from the main opposition Congress party to nullify the law if it wins a majority in Assam.

“Yes, we will nullify it and will not leave any stone unturned to stall it,” said Bobbeeta Sharma, Congress party spokesperson in Assam, adding that the CAA affects every Assamese’s “identity and culture.”

Basudev Sharma said the Congress pledge had put them in “a difficult situation,” further consolidating their vote for the BJP.

“We are angry with the BJP for its non-fulfillment of promises made to us. Our suffering has not ebbed at all. But in the absence of any assurance from any political party, we might vote for the BJP again,” said Sharma, who, like many of his community members, migrated from Bangladesh.

Pramod Swami, BJP’s Assam spokesperson, said: “It is the BJP that made the law, and we will implement the CAA in due course.”

“Unlike the Congress party, we don’t indulge in minority appeasement. We stand by the people of Assam and those Hindus who have come to India after persecution in the neighboring countries,” he added.

Assam, which shares its more than 4,000 km international border with Bangladesh, has been at the core of the controversy.

An anti-foreigner movement in the early 1980s led to the Assam Accord of 1985, under which the Indian government agreed to a cut-off date of March 25, 1971, for citizenship. Anyone who entered India after that would be considered a foreigner.

A majority of the 1.9 million people left off of the NRC were Bengali Hindus, who form part of the party’s core vote and the main reason for the BJP to introduce the CAA.

However, despite passing the legislation, the party is unable to frame rules to implement the CAA due to a lot of resistance in Assam and its “dilemma” in Bengal.

To oppose the CAA the AASU. which has been at the forefront of the 1978s agitation, formed the Assam Jatiya Parishad (AJP) in last September.

“Our main purpose is to oppose the CAA because it affects the identity of Assam,” said AJP leader Zerifa Wahid, an Assamese film actress.

“The BJP does not care about regional identity and culture. It cares about Hindu identity only and plays a communal card through legislation like the CAA. The BJP knows that it cannot defend the CAA in front of the people of Assam; that’s why it is silent,” Wahid said.

Illegal migration is also a prominent issue in the Bengal region of eastern India. The BJP is banking on the Hindu Matua community’s support there, which migrated to India in large numbers during the Bangladesh liberation war in 1971.

The ruling regional party in Bengal Trinamool Congress (TMC) has rejected the controversial legislation, promising to block the move.

“Our leadership has already said that we don’t accept the CAA in the state. No doubt the CAA is an issue in the election, and the Matuas feel cheated by the BJP on the CAA issue,” said TMC spokesperson Rathin Ghosh.

Snigdhendu Bhattacharya, a Kolkata-based writer and political analyst, said: “The BJP is in a dilemma and does not want to discuss the CAA. The regional ruling party in Bengal, however, is exploiting the discomfort of the BJP and assuring the migrant community about their well-being in India.”

These were the details of the news Breaking the mold: Landless Afghans turn to fungi farming for this day. We hope that we have succeeded by giving you the full details and information. To follow all our news, you can subscribe to the alerts system or to one of our different systems to provide you with all that is new.